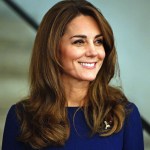 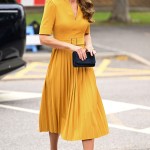 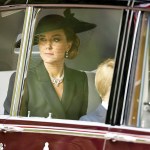 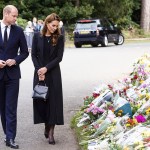 Bio:
Kate Middleton (born Catherine Elizabeth Middleton in Berkshire, England on January 9, 1982) is the Duchess of Cambridge. She is married to Prince William, Duke of Cambridge, who is second in line to the throne of England. Kate studied at the University of St. Andrews in Scotland, where she met William. The couple became engaged in October 2010 in Kenya, after eight years of dating, and married at Westminster Abbey on April 29, 2011. William included his mother, the late Princess Diana, when he proposed to Kate with her sapphire ring. Kate, no stranger to the media, was dubbed a fashion icon when the world witnessed her exit the car in her now much-replicated wedding dress, designed by Sarah Burton for Alexander McQueen. Kate is often compared to the late Princess Diana for her grace, style, and how loved she is by the public.

Best Known For:
Kate Middleton is best known for her fairytale marriage to Prince William and her chic, yet modest, style.

Personal Life:
The media hassled Kate when she and William broke up for a short period of time in 2007, but rejoiced when the college sweethearts got back together shortly thereafter. Now, as husband and wife, the couple has no other choice than to embrace the media. Kate gave birth to her first son, Prince George Alexander Louis on July 22, 2013. On May 2, 2015 she gave birth to her second child, a baby girl, Princess Charlotte Elizabeth Diana. Kate gave birth to her third child, a baby boy, on April 23, 2018. The name of baby no. 3 has not been revealed.

Prince William was seen ‘duking it out’ in a pair of royal blue boxing gloves as he commemorated the 10th year of Coach Core.

Prince William is reportedly adamant that his kids George, Charlotte and Louis not call Camilla ‘grandmother’ or ‘step-grandmother.’

Carole Middleton posed for a pretty smiling outside photo, in an Instagram post for her Party Pieces company, and called Halloween ‘an autumn highlight,’ in the caption.

While speaking to citizens in Northern Ireland, the Princess of Wales quickly moved away as someone confronted her in the crowd.

Prince William and Kate tower over the King and Queen Consort in Buckingham Palace’s first official photo to mark the start of Charles’ reign.

Prince William and Prince Harry continued to show signs of unity at the massive funeral for their grandmother Queen Elizabeth on Sept. 19.

Queen Elizabeth II was the proud matriarch of a large royal family, including 12 great-grandchildren. In the wake of her passing, here’s everything to know about the adorable dozen.