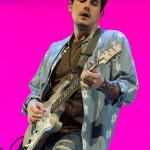 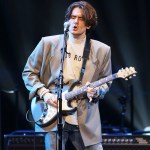 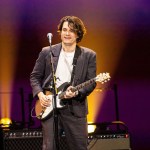 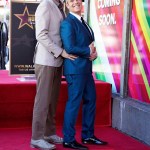 Bio:
John Mayer (born John Clayton Mayer in Brigeport, CT on October 16, 1977) is a musician, singer, and music producer. He grew up in Fairfield, Connecticut and attended Berklee College of Music in Boston. He gained national fame after releasing his first two albums, Room For Squares (2001), and Heavier Things (2003). Both albums earned multi-platinum status. John won the Grammy for Best Male Vocal Pop Artist in 2003 for “Your Body is a Wonderland.” In 2007, his album Continuum received the Grammy for Best Pop Vocal Album, and he won Best Male Vocal Artist for “Waiting for the World to Change.” He has released three albums since — Battle Studies (2009), Born and Raised (2012), and Paradise Valley (2013). John has also teamed up with blues artists, as well as the jazz pianist, Herbie Hancock, demonstrating a diversity in musical interests.

Best Known For:
His music and tumultuous relationships.

Personal Life:
John has been linked to numerous big names in Hollywood, including Jessica Simpson, Jennifer Aniston, Taylor Swift, and Jennifer Lawrence. He started dating Katy Perry in Aug. 2012, with whom he has had an on-off relationship.

The truth about the inspiration behind John Mayer’s hit ‘Your Body Is A Wonderland’ was revealed during the singer’s ‘Call Her Daddy’ podcast interview.

The ‘Waiting On The World To Change’ singer-songwriter grabbed dinner with the ‘Mad Men’ actress in Santa Monica on Sunday evening.

The ‘Midnights (3 A.M. Version)’ features seven extra songs from Taylor Swift, including a track that seems to be aimed at her ex, John Mayer.

The rocker remembered Bob during an event for the late comic’s chairty. There, he explained how he’s paying tribute to his pal by giving back.

John Mayer also said his late friend Bob Saget assured him it was okay to go back to bed after he woke up from the dream.

Katy Perry hilariously reacted to ‘American Idol’ contestant Noah Thompson guessing that she chose one of her ex-boyfriend John Mayer’s songs for him to sing, and advised that him to ‘Wikipedia’ her to find out her dating history with the singer.