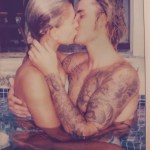 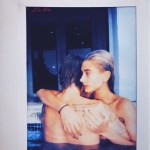 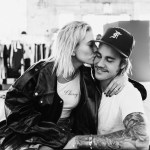 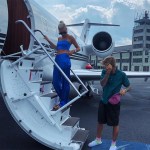 Hailey Baldwin (born Hailey Rhode Baldwin in Tucson, Arizona on November 22, 1996) is an American model. She is the daughter of actor Stephen Baldwin, and niece of Alec Baldwin. She started out her career modeling for Love magazine and Tatler magazine, and has since modeled for major brands, like Ralph Lauren, and appeared in magazines like Glamour. She has walked in several fashion week shows, as well. Hailey is good friends with fellow models Kendall Jenner, Kylie Jenner and Gigi Hadid, among others. She was No. 1 on Maxim’s list of most beautiful women in the world in 2017.

Best Known For:
Hailey is best known for her relationship with Justin Bieber.

Personal Life:
Hailey briefly dated Justin Bieber at the beginning of 2016, but their relationship fizzled out fast. In May 2016, Hailey started spending a lot of time with rapper Drake, which led to speculation that they might be dating! She has also been linked to Shawn Mendes and they made their red carpet debut at the 2018 Met Gala. She reconnected with Justin in June 2018. A month after reuniting, Justin proposed to Hailey on July 7, 2018, while on a trip to the Bahamas. They went to an NYC Marriage Bureau on Sept. 13 and it was rumored they were getting a marriage license and would tie the knot in Canada within the week. But the next day, a report emerged claiming the two had been married in a secret ceremony.

Kanye West shared a screenshot of a headline mentioning Hailey Bieber defending Gabriella-Karefa Johnson after he publicly criticized her, and asked Justin Bieber the question in the caption.

Hailey and Justin Bieber took their adorable niece Iris out for ice cream and appeared to be enjoying the outing with laughs and conversation.

Just two days after Hailey Bieber’s interview about Justin Bieber’s relationship with Selena Gomez, the 30-year-old has broken her silence via TikTok Live.

Hailey Bieber looked as beautiful as ever in a black mini dress while out and about in Paris on Sept. 28.

Hailey Baldwin has Justin Bieber’s full support after she revealed that ‘ it’s all love’ between her and his ex Selena Gomez.

Selena was spotted at a dinner in Malibu after Hailey Baldwin gave a bombshell interview about her romantic timeline with Selena’s ex Justin Bieber.