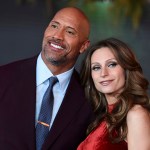 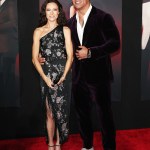 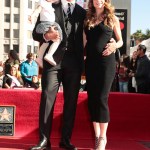 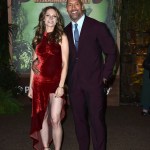 Bio:
Dwayne Johnson (born Dwayne Douglas Johnson in Hayward, California on May 2, 1972) is an American actor and wrestler for WWE. Also known as “The Rock” from his wrestling career, he has 17 championship reigns! His autobiography came out in 2000, landing the #1 spot on New York Times’ best seller list. In 2002, he landed his first big acting role in The Scorpion King. He now stars in various action films like The Rundown, Walking Tall, Fast Five and Fast & Furious 6, among many others.

Best Known For:
Dwayne Johnson is best known for being “The Rock,” followed by becoming a A-list actor.

Personal Life:
Dwayne got married in 1997 to Dany Garcia, who he had one daughter, Simone,  with. However, in 2007 they separated. Shortly after, he started dating Lauren Hashian. They welcomed a daughter, Jasmine, in December 2015, and another daughter, Tiana, in April 2018. In August 2019, The Rock and Lauren got married in Hawaii.

From pro wrestler to actor to MC, The Rock just took on a whole new rapping gig with an all-star verse on Tech N9ne’s new track.

Dwayne “The Rock” Johnson is the proud father of three daughters, including Simone, Jasmine, and Tiana. The eldest, Simone, just made her WWE debut! Find out more about his kids here.

What’s better than one Dwayne Johnson? How about two? An Alabama police officer looks eerily similar to the ‘Jungle Cruise’ star that even The Rock was impressed!

‘Hobbs & Shaw’ was such a big hit that a sequel to the action-comedy film is coming! Here’s everything you need to know about ‘Hobbs & Shaw 2.’

Dwayne Johnson assured his fans that he bathes himself more than enough, as other celebs have revealed they do the exact opposite.

After revealing that a former surgery hindered his ability to get a six-pack, Dwayne Johnson hit the gym in Los Angeles for a workout!

Dwayne Johnson confessed a past medical emergency is why he has a ‘five-and-a-half pack’ instead of the traditional six to his ‘Jungle Cruise’ co-star Emily Blunt.