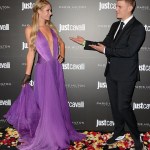 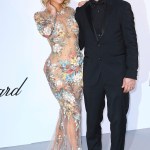 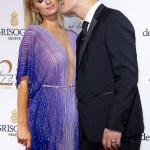 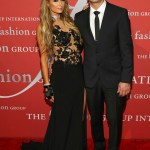 Bio:
Chris Zylka (born Christopher Michael Settlemire on May 9, 1985 in Warren, Ohio) is an American actor and model. Chris began his acting career with a guest appearance on 90201 in 2008. He continued to make guests appearances on shows such as Hannah Montana, Cougar Town and Zeke and Luther before scoring a recurring role on Everybody Hates Chris. Chris’s career took off and he landed a 16-episode recurring role as Joey Donner in 10 Things I Hate About You. At the same time, Chris moved into film, starring in the TV film My Super Psycho Sweet 16. He went to appear in Shark Night, Piranha, The Amazing Spider-Man, and the TV drama The Secret Circle. In 2014, Chris was cast as Tom Garvey in The Leftovers as part of the main cast, which completed its final season in 2017. He’s currently working on the film The Death and Life of John F. Donovan.

Best Known For:
Chris Zylka is best known for his role in The Leftovers and Flash in The Amazing Spider-Man.

Personal Life:
Chris Zylka took his mom’s maiden name as his stage name. In April 2014, he became engaged to DVF brand ambassador Hanna Beth Merjos, but they called off the engagement in 2015. Chris then began dating Paris Hilton, and they got engaged in January 2018.

One year after Chris Zylka and Paris Hilton called off their engagement, he hasn’t given up on reconciling with his ex. We’ve EXCLUSIVELY learned that he’s even ‘tried contacting’ her several times in hopes that she’ll give him another shot.

Chris Zylka wants to get back with his ex Paris Hilton – read how he feels about her inside!

So hot! Paris Hilton has a new track on the way and a sizzling promo pic you NEED to see.

Paris Hilton & Chris Zylka just got engaged, but are they already set on starting a family together asap? We exclusively learned Paris’ pregnancy plans, & you may be surprised!

If you’re a fan of ‘Leftovers’ or ‘Secret Circle’, you’ll totally recognize Paris Hilton’s fiancé, Chris Zylka! Learn more about the guy who gave her that insane diamond ring!

Could this have gotten any uglier? Chris Zylka ended his engagement with Hanna Beth in a very public manner, by making cheating allegations and adding some nasty insults. Yikes.
Chris Zylka, 29, and Hanna Beth, 26, have called it quits — and they want to make sure everyone knows about it, apparently. The Leftovers star took to his social media accounts in the early hours on Mar. 12 to announce the break-up his model/fashion blogger fiancee and boy, did things get nasty fast!