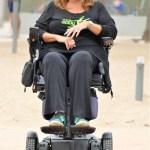 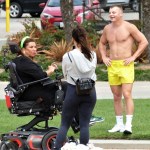 Bio:
Abby Lee Miller (born Abigale “Abby” Lee Miller on September 21, 1966 in Pittsburgh, Pennsylvania) is an American dance instructor and TV personality. She grew up in Pittsburgh, where she now owns and operates Reign Dance Productions. Abby gained a love for dance from her mother, who ran several dance studios herself. After spending summers assisting her mom at her studios and accompanying troupes to dance conventions. Although she loved the art of dance, she hated performing. So, at the young age of 14, Abby opened Abby Lee Dance Company, of which she is still the chief choreographer. The dynamic of her studio and successful coaching technique inspired the Lifetime show Dance Moms in 2011, which has since become an international phenomenon in its five seasons. In October 2015, Abby was indicted for allegedly hiding more than $755,000 in earnings from Dance Moms, which has resulted in charges of bankruptcy fraud, concealment of bankruptcy assets and false bankruptcy declarations. Because of her charges, Abby could spend up to five years in prison and face more than $5 million in fines She originally pleaded not guilty to the charges in November 2015. However, on June 27, 2016, Abby reached a deal with the IRS criminal investigators to enter a guilty plea. She was sentenced to one year and one day in jail in May 2017, and began her sentence in July 2017. She was released early in March 2018.

Best Known For:
Abby is best known as the star of Lifetime series Dance Moms. Since the show began, she has earned a reputation of being an extremely tough coach who practically takes a no-sympathy approach on her young dancers. While this has made for a popular reality TV series, it has gotten her in some legal trouble with past dancers.

Personal Life:
In June 2014, Abby confirmed an engagement to actor/TV host Michael Padula. But one month later Abby admitted that she and Michael faked their engagement in an attempt to soothe her dying mother, so she could be at peace knowing that there was someone to take care of Abby. As of October 2015, Abby is single.

Maddie Ziegler spoke about her relationship with Abby Lee Miller in a new interview and explained that she quit ‘Dance Moms’ in 2016 mainly due to the ‘toxic environment.’

Abby Lee Miller, 55, is learning to walk again after undergoing post-Cancer spinal surgery, but the Dance Moms star tells HollywoodLife EXCLUSIVELY that she isn’t ready to hang in her dance shoes just yet!

Abby Lee Miller has been confined to a wheelchair since undergoing emergency spinal surgery in April 2018.

While it should be no surprise that Leni Klum followed in her mother’s footsteps, Heidi Klum said it was ‘Dance Moms’ Abby Lee Miller who helped her daughter get ready for a life on the catwalk.

Britney Spears got an unsolicited critique to one of her dance videos from Abby Lee Miller, who gave her a pro-tip on how to improve her form.