Bowen Yang debuted his new hairdo with a goofy selfie and a humorous message. We’d expect nothing less from the famous comedian!

Bowen Yang, 31, is about to have a lot of fun, because he’s gone blonde! The Saturday Night Live star had his hair bleached blonde and took to Instagram on Monday, January 10 to debut the finished result. Of course, Bowen couldn’t help himself from adding some humor to his hairdo switch-up post. He shared a goofy selfie of his eyes barely open, alongside the caption, “normative queer semiotics would suggest that i am _________ but they would be wrong.”

Bowen credited New York City hairstylist Yu Nakata for his new hairdo. While Bowen’s always been a brunette, his fans appeared to love the lighter look. “WAIT IM OBSESSED,” one of his followers wrote in the comments section, while another said, “BOWEN THIS IS HOT BABE.” Some fans even poked fun at Bowen for having similar hair color to his SNL co-star Pete Davidson. “Who knew Pete’s bleach was what was contagious about him,” a fan said.

Since joining SNL‘s on-air talent team in 2019, Bowen has become one of the show’s most valuable cast members. The Australian native is one of the cast’s first openly gay men to star on the show, as well as the fourth person to join the cast who hailed from an Asian background. “I really enjoyed the challenge of working around what might have been perceived as this ‘handicap,’” he told Variety in June 2020. “I could just have fun with it, put on a wig and pretend to be [former New York Times book critic] Michiko Kakutani. I was like, ‘No one else can do this.’”

Stars As Politicians On 'SNL' -- PICS 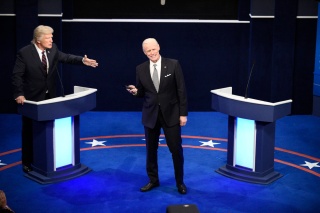 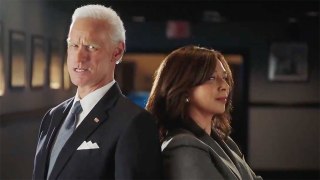 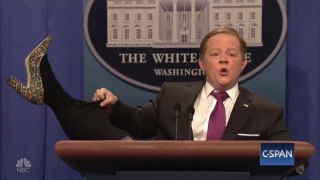