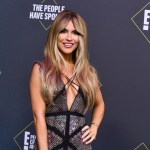 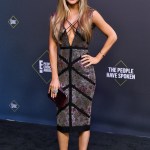 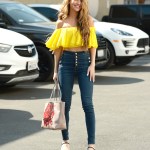 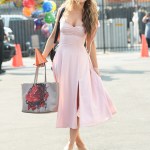 In the new season of ‘Selling Sunset,’ Chrishell Stause shares her honest feelings on ex-husband Justin Hartley getting remarried fairly quick after their divorce.

Chrishell Stause had a few things to say about ex Justin Hartley‘s new marriage on season 4 of Selling Sunset, which is streaming now on Netflix. In the second episode, Chrishell, 40, grabbed dinner with co-stars Heather Rae Young and Mary Fitzgerald and reacted to the news that Justin secretly got married to Sofia Pernas, which broke in May 2021. Chrishell, who finalized her divorce from Justin, 44, this past February, had a fairly good attitude about the This Is Us actor moving on so quickly, though she did delve up a bit of shade regarding her ex.

“Honestly, I’ve never been in a better place in my career,” Chrishell confessed to Heather and Mary. “I really feel empowered of being a different, a better version of myself than I ever have been. And I feel like I’ve found my voice. There’s no anger left there because now I’ve realized that’s not something I wanted for myself.” The reality star, who is currently dating Selling Sunset co-star Jason Oppenheim, 44, went on to say that if Justin “wants to have 50 wives, go live your best life, because I really feel like I am.” She added, “I think that’s, like, the key. Once you know something wasn’t right, whether it was your decision or not, now, you are where you’re meant to be. Out with the old, in with the new.”

Chrishell also shared her feelings about Justin’s marriage to Sofia, a fellow actress, in a confessional interview. “My ex-husband Justin is remarried to someone I know back in the day pretty well,” she explained. “A lot of things made sense after finding that out. I wish them the best. If anything, it felt good to know that. It felt like a little bit of closure.” Chrishell’s new comments come roughly two years after Justin filed for divorce, which Chrishell said on season three of Selling Sunset  totally “blindsided” her. The former couple wed in 2017 after dating for four years. 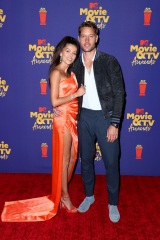 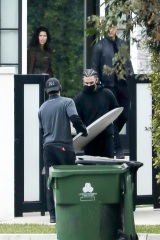 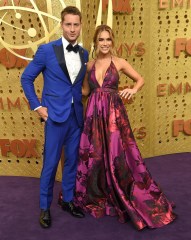 Following her split from Justin, Chrishell really has been living her best life. The former actress turned real estate agent appeared on Dancing with the Stars last year, which led to her dating pro dancer Keo Motsepe, 31, for three months until February 2021. She and Jason confirmed their romance in July 2021, and they’ve been going strong ever since.