Look back at Chrishell Stause’s dating history, from her relationship with ‘Glee’ actor Matthew Morrison, to her very public divorce from Justin Hartley.

Chrishell Stause, 39, rose to fame as a soap star in the 2000s, and became a fan-favorite on the Netflix series Selling Sunset. Over the past decade, the actress turned real estate broker has made headlines for her high-profile relationships — most notably, her highly publicized split from This Is Us actor Justin Hartley. Having recently called it quits with Dancing with the Stars pro Keo Motsepe, 31, we’re looking back on her dating history. 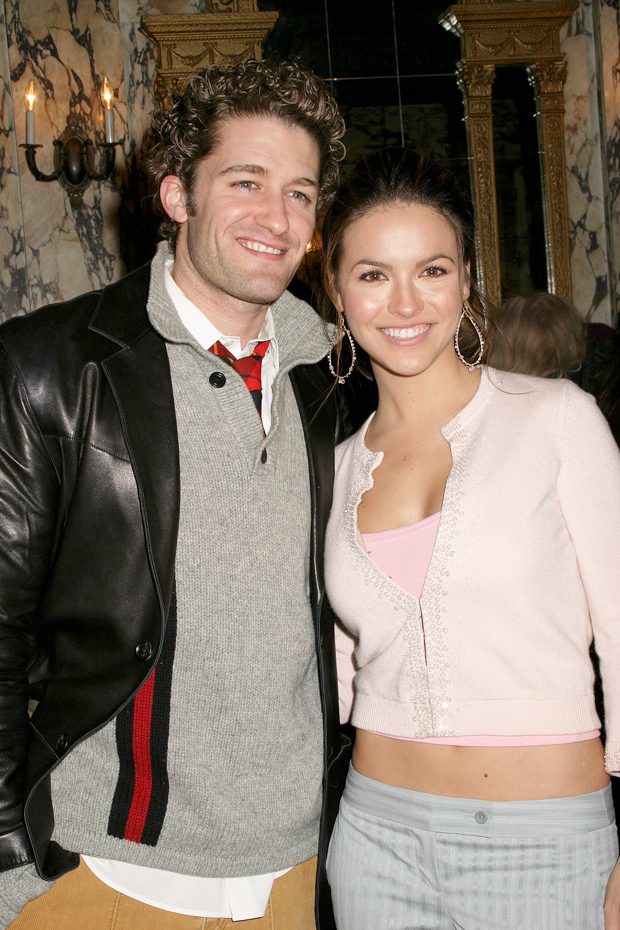 Chrishell dated Matthew Morrison when she first started working as an actor in Hollywood. The pair got engaged in 2007, however the Glee actor later opened up about why they called it off. “I didn’t do it for the right reasons; we’d been going out for a year or so … I was thinking, ‘This is the age when I should probably start having kids, so this is what I should do,'” he told Cosmopolitan in 2013, noting that he “felt under pressure from society”. He continued, “After I did it, I immediately felt in my heart it wasn’t right. My instant thought was ‘What did you just do?’”

He continued: “We talked and decided to break off the engagement. … It was messed up. … It turned out to be one of the biggest growing experiences I’ve had as a man. I’d made this massive decision; I’d promised this girl a life together and I couldn’t follow through. It was awful.” Chrishell threw some major shade at the Broadway star during season 1 of Selling Sunset. “If I ended up with the person I was with at 25, I would want to kill myself,” she said in a confessional. “And yeah, you can Google that. You were a dick! Sorry!” 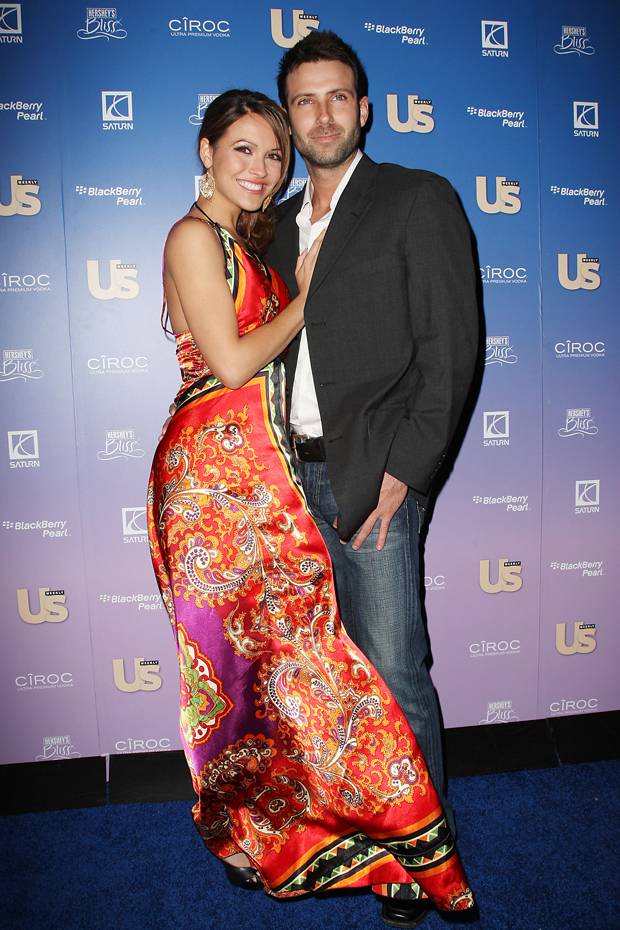 The Selling Sunset icon also dated reality star Graham Bunn while in her 20s. The pair had a notoriously on-again, off-again relationship, and she was reportedly nearly offered the role of The Bachelorette in 2008. After hearing those rumors, Graham applied to appear on season 4 of the reality dating show, only to learn that he would be competing for DeAnna Pappas‘ heart. After he was eliminated by DeAnna, Chrishell and Graham confirmed they had reunited, at the premiere of The Sisterhood of the Traveling Pants 2 in 2008. “We had dated off and on before that, but the timing wasn’t right. We stopped seeing each other in December [2007],” he said at the time. “I’m very grateful and very flattered to be with this beautiful lady. I’m the luckiest guy in the world. She’s just amazing.” They split for good in 2009. 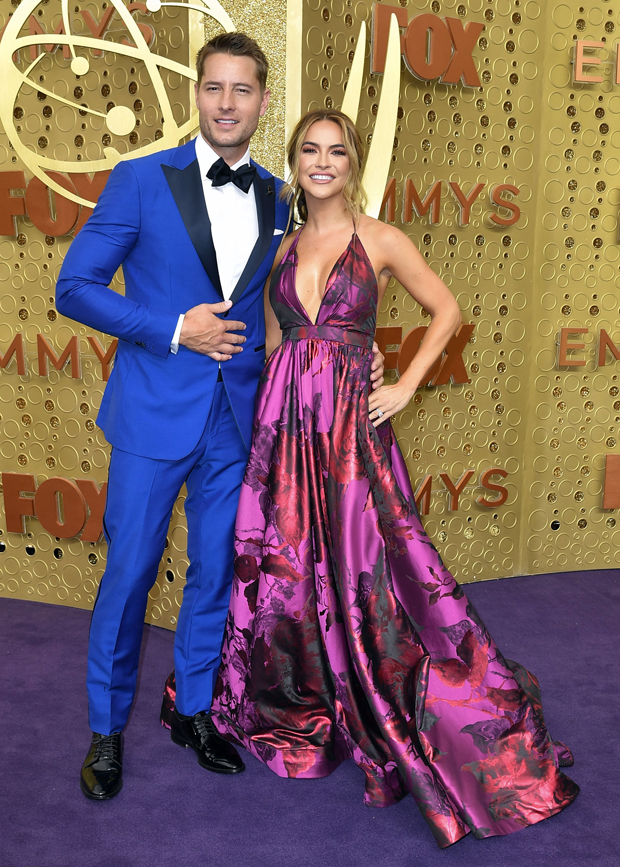 Chrishell started dating TV heartthrob Justin Hartley in 2013. “We met up at a concert and talked all night. I drove her home and called the next day. We haven’t been apart since. I knew right away [and] was like, ‘Oh boy, here we go,’” Chrishell said of Justin before they split. “The next day I texted my friend: ‘I found him.’” After dating for four years, the pair tied the knot in 2017, however he filed for divorce in November 2019. The real estate broker famously claimed on Season Three of Selling Sunset that she was “blindsided” by the breakup, and that he informed her he was filing for divorce via text message.

“It takes a toll on your soul, where you just feel like …  the anger! Like, how could you do it this way? And the sadness, like, I love him so much. This was my best friend,” she said on Selling Sunset. “Who do I talk to now? It’s such a roller-coaster.” Justin filed the paperwork in November 2019, citing “irreconcilable differences,” and their divorce was officially finalized in January 2021. 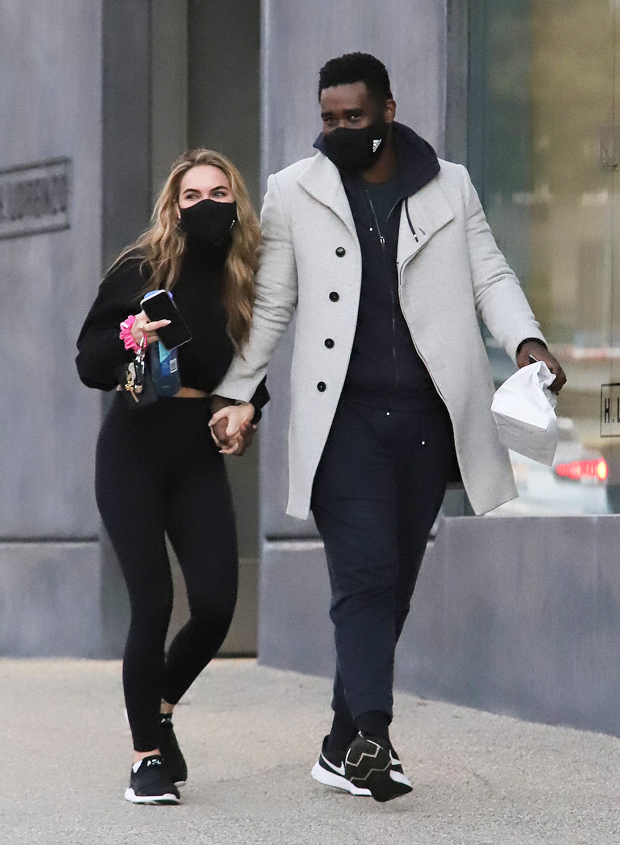 Chrishell met her most recent boyfriend, Keo Motsepe, 31, on Dancing with the Stars’ 29th season. The pair first confirmed their romance in December 2020, as they left a West Hollywood gym. After the photos were released online, the All My Children alum took to Instagram to address the news. “The internet has absolutely zero chill,” she captioned a cute photo of Keo kissing her on the cheek. “So I guess you saw this already, but I’m just gonna leave this here.” Nevertheless, after dating for three months, a source told E! News that they had called it quits. “They may get back together but likely, at this point, they won’t,” a source told the outlet, adding, “They had a fun time together but in the end, decided it would be best if they part ways. They are still friendly and cordial. It wasn’t a messy breakup, just wasn’t the right fit or right timing.”