Kim Kardashian & sister Kourtney Kardashian are reportedly moving beyond their ‘past drama’ and bonding amid Kim’s Pete Davidson romance.

Ever since Kim Kardashian, 41, and Pete Davidson, 27, have begun a steamy romance, things between the reality star star and her sister, Kourtney Kardashian, 42, have apparently gotten better as well. Since Kourt’s fiancé, Travis Barker, 45, and their pals Machine Gun Kelly, 31, and Megan Fox, 34, have all been hanging out, now Kim and Pete have gotten in on the mix, leaving Kourt and Kim able to find “common ground again,” a source EXCLUSIVELY revealed to HollywoodLife.

“[Kourtney and Kim] are moving past all of their past drama and starting to have love for each other again,” the source shared. “They‘re actual friends again. [Kris Jenner] is super glad that it is happening and so she’s been pushing for this to continue.”

Keeping Up With the Kardashians fans know that the sisters have had their fair share of drama on the show, with fights and arguments sometimes getting out of hand between the two. Hanging out with her sister on double dates has apparently helped mend things, according to our insider. “Going out with Kourtney and her friends was fun for Kim. With this this group of people, she can just be herself because that is good enough,” the source revealed. “They don’t treat her any different than they would anyone else and she feels really accepted in their clique. It has also given Kourtney and Kim the chance to gossip together again.” 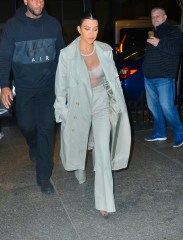 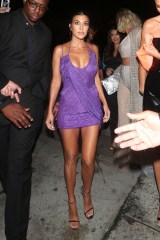 In addition to having “fun” with Kourtney, Kim has definitely been having quite the time with Pete as of late, with other sources sharing how “completely smitten” the SKIMS founder is with the comedian, who took her on two dinner dates this week. “She hasn’t had a man do anything this romantic for her in years since Kanye and Kanye was always trying to win her over with money.”

The source added, “Pete is such a bold and audacious person that instantly turns people on because hanging out with him is such an event in itself. He’s funny, he says and does what he wants and doesn’t really care what people think at the end of the day.”