The ‘Descendants’ actor’s final role was in the teenage thriller ‘Runt,’ which will hit theaters on October 1.

The trailer gives fans a peak into action-packed high school, revenge flick. “Cal (Cameron Boyce) and Cecily (Nicole Elizabeth Berger) are bullied high school students who turn to revenge to settle scores with their tormentors. With no one to turn to, they spiral into a downward cycle of misguided violence,” a synopsis for the film said.

The trailer shows Cal as an artistic high schooler, who definitely doesn’t run with the popular crowd in school. It shows his character drawing Gabriella (Brianna Hildebrand), a girl he has a crush on and asking her to a homecoming dance. After he asked her, the girl’s boyfriend (Charlie Gillespie) fought him and pushed him down a set a bleachers in a garbage can. There are more clips of Cal getting bullied and beaten up, and it leads to him fighting back and taking, often extremely violent revenge on his bullies.

'Descendants 3' -- Photos Of The Final Film In The Trilogy 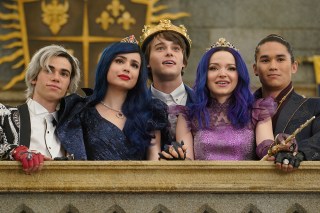 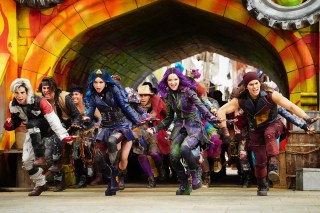 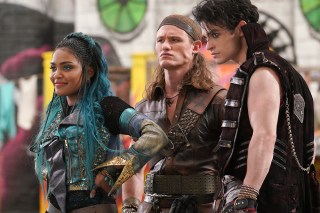 Runt is Cameron’s third and final project that will be released posthumously, when it hits theaters on October 1 and streaming October 19, via People. Shortly after his death, he starred in the HBO series Mrs. Fletcher with Kathryn Hahn. He also acted in the Amazon Prime Video show Paradise City alongside Bella Thorne and Fairuza Balk.

In the two years since his death, Cameron has received many tributes and honors from his co-stars. As he was most well-known for his breakout in the Disney Channel Original Movie Descendants, Cameron was given a special tribute from Disney when Descendants 3 premiered in August 2019. Shortly after his death, his co-star Sofia Carson made a touching post to memorialize the actor. “Letting you go is not something I know how to do. And I just can’t fathom living in a world without you,” she wrote. “I love you, Cam. And I will love you. Forever.”