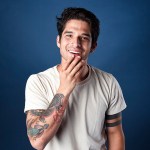 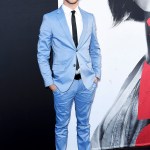 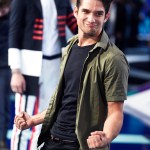 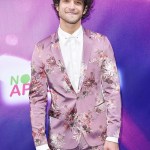 Tyler Posey revealed his ‘friend’ Bella Thorne ‘helped’ him ‘get into’ OnlyFans and more, in an interview with ‘Variety.’

Tyler Posey, 29, is speaking out about the honest experiences he’s been having on his OnlyFans account and is giving his fans an inside look into how he became involved in the content subscription service and how it’s been helping him. The Teen Wolf star came out as sexually fluid in Oct. and talked about how being his “sexual” self is important for his online presence, in a new interview on the Just For Variety podcast. Check out the video HERE.

Although Tyler recently admitted he wasn’t sure if he wanted to stay on OnlyFans because he felt like he was being “objectified”, he’s feeling better about being a part of it now and his friend Bella Thorne, 23, who is also on OnlyFans, is one of the people who’s been helping him on the new exclusive platform.

“I don’t feel that way anymore, objectified, because what fixed that was that that’s going to happen no matter what,” he explained. “OnlyFans was a trip for me. Bella is my friend through the whole entire thing, and she helped me get into it. She hit me up one time after I posted some pictures. She’s like, ‘This is more skin than you need to post on OnlyFans. Call me.'”

“I really liked her pitch. It was really cool,” he continued. “A way to be artistic and push out different content, new content. It’s also been a big experiment for me, because I’ve never been a model. I felt icky modeling. So it’s a little bit of me stepping out of that box and out of my comfort zone and trying new things.”

“Plus it also gave me a really good platform to be really open about my sexuality,” he added. “It’s being really in contact with my fans, releasing creative new content that people don’t see anywhere else, and being really open about anything, whether it’s sexuality or drug abuse or anything. That’s where I really found my footing.”

Tyler’s decision to be open about being with men made a lot of headlines, but it turns out he didn’t realize how big of a deal it would become. “It was just a split-second decision. I didn’t think about how it would be received or what kind of press I would get on it, but I woke up the next day and it was all these tabloids about me coming out as pansexual,” he said. “I didn’t label that. The kids, the fans, or whoever wrote those articles labeled that.”

“I thought that was really interesting that it just broke down this wall that I didn’t feel like I put up, but it was easier for me to just be honest about all that stuff,” he shared. “I’m just really trying to make it artistic, but if I have to show my butt, I want to make it really funny, not take myself seriously, and bring that to OnlyFans, because that’s who I am. I am a little taboo. I’ve always been a little bit edgier and sexually inclined and just wanting to push the envelope in a bunch of different ways.”

Tyler also talked about some “leaked footage” that was found of him online and how that affected his image. “I did have some leaked footage of me online a little while ago. That was my fault, but it did show the world that I am this sexual — I don’t want to say deviant — but there’s a side of me that is definitely not on the surface of what you normally see,” he said. “So they [his managers] did come at me for that a little bit, which is understandable. I had some stuff leaked online that probably isn’t favorable, but I didn’t release an apology about it and that made it easier for people to forget about. I didn’t bring attention to it. They wanted me to. They definitely wanted me to say, ‘Look, I’m sorry. I’m ashamed of myself,’ which I wasn’t, and I wasn’t sorry. I didn’t want to lie and say that.”

In addition to his sexuality, Tyler opened up about his sobriety. “When I first got sober, I definitely really wanted to break these habits that I had,” he explained. “That was most of it, because I never really considered myself an alcoholic. There was moments of substance abuse that I felt like I had control over, but I just always viewed myself as a lazy pothead. I didn’t know how long I wanted to be sober. I’ve since started coming back into the other world, the other side of things, so I’m technically not sober anymore, but I keep in touch with everybody. I learned a lot about myself.”