Scott Disick is ready to rock.  The Keeping Up With The Kardashians star, who dyed his hair pink last month, just took things a step further and had it cut into a mini mohawk style with neon pink tips. Scott, 37, is currently in Miami with his 19-year-old girlfriend Amelia Hamlin, and he’s clearly having fun trying out new looks.

Celebrity barber Luis Rivera, took to Instagram on March 3 to show off Scott’s latest hair makeover. The Miami based barber, who counts Bad Bunny, Maluma and Ludacris among his clients, shared a photo of Scott’s new look and christened it the ‘Papi Cut.’

Scott wasn’t the only one getting the ‘Papi Cut’ though. A group of friends joined him for the in-home hair session — including Columbian superstar Maluma. In a video reposted on a fan site it’s clear Scott is having a lot of fun with his colorful new ‘do.

Scott’s hair is shaved on the sides with the top and back left long. His dark roots are growing in, but the ends are now neon pink — giving him a look would fit in well at any rock festival.

Although Amelia doesn’t appear in the reposted photos, she is currently in Miami with Scott and, as HollywoodLife previously reported, she “loves” how he looks with pink hair. Last month, when Scott first dyed his hair pink we spoke to his barber who revealed Amelia’s reaction. “She was there and she loved it too,” Luis shared at the time. 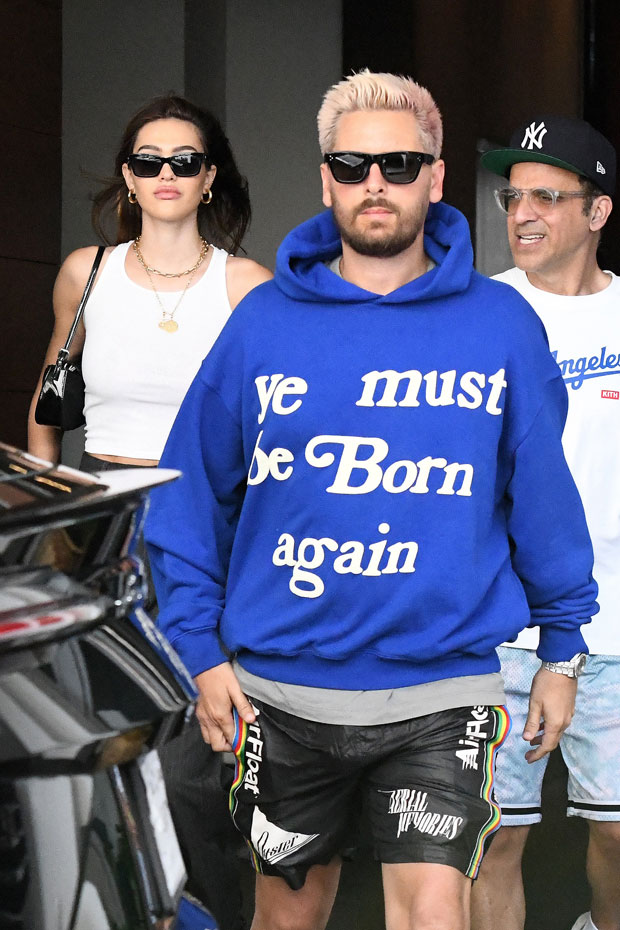 It’s no huge surprise that Amelia is a fan of Scott’s pink hair because she’s is head over heels for him — and she wants everyone to know it. Last week, on her Instagram story, she shared a photo of her and Scott cuddled up together and over the snapshot she wrote “My dream man.”

The photo caused some serious commotion on-line when the Instagram page Best of Bravo shared it. Fans attacked Scott for dating Amelia and one even called him a “predator” for dating girls still in their teens. But Amelia, who is the daughter of The Real Housewives of Beverly Hills star Lisa Rinna, was quick to clap back. She wrote “everyone can calm down,” making it clear she won’t stand for anyone tearing down her man.