Kourtney Kardashian, 41, and Travis Barker, 45, are going strong! The new couple, who officially confirmed their romance with a photo of themselves holding hands, are even writing love notes to each other. The Blink-182 drummer took to his Instagram Story on February 20 to share a snap of a sweet love letter he received from the reality star. “To lots of fun adventures. May we destroy each other completely. Love, Kourtney,” the Poosh founder wrote in the message.

Travis Barker shares a note he received from his bae Kourtney Kardashian!! pic.twitter.com/7tg7l9xq4w

The post comes four days after the longtime friends-turned-lovers confirmed what fans had suspected for almost a month — they’re dating! The source close to the KarJenner family also told HollywoodLife that the pair “connect on so many levels, adding that, “They’re having a very fun, passionate romance.” However, “there’s way more to it than just a physical connection,” our insider clarified.

“Kourtney loves that Travis is so passionate about music, he’s in his studio drumming and producing music every day. She thinks that kind of commitment is sexy. He’s just as obsessed with working out and eating healthy as she is so that’s a big connection for them,” our source continued. 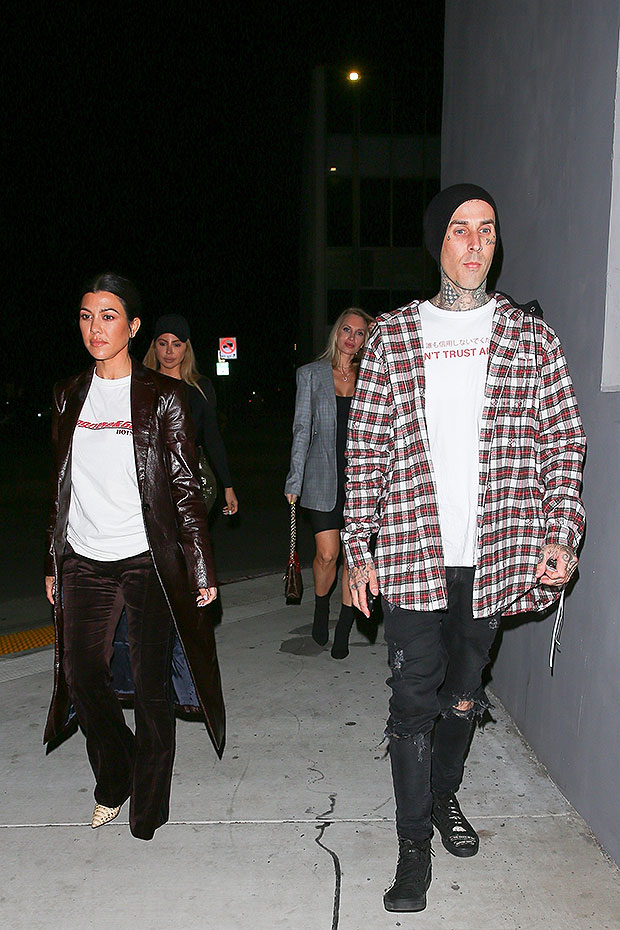 The Keeping Up with the Kardashians star has been neighbors with Travis in Calabasas since 2007, and naturally their children became friends (Kourtney shares her kids (Mason, 11, Penelope, 8, and Reign, 6 with ex Scott Disick, while Travis shares his children Landon, 17, and Alabama, 15, with his ex-wife Shanna Moakler). Many fans wondered whether there was something more behind their hangouts, which often involved their children, back in 2018 and 2019. At the time, a source told HL the pair were just friends. “Travis and Kourtney are very flirty when they’re together but she swears they’re just really good friends,” a Kardashian insider EXCLUSIVELY told HL in Dec. 2018. Although speculation eventually died down, it’s clear that Kourtney and Travis have taken things to the next level!