Keanu Reeves, 56, celebrated the first Sunday of 2021 by turning heads when he looked better than ever during a Malibu beach outing. The actor had his toned body on full display as he was photographed spending time in the water in only brown and black patterned swim trunks on Jan. 3 and smiled at onlookers as he stepped out onto the sand to dry himself off. He was also showing off a short haircut and beard and looked half his age! Check out the pics of Keanu HERE.

Swimming wasn’t the only fun activity Keanu took in that day. He was also seen arriving to the beach on a blue and red motorcycle from Arch, his own line of motorcycles. He was wearing a helmet and brown suede jacket during the arrival and made sure to keep his focus on the road until he settled into the beach area.

Keanu’s latest outing comes after he was seen out and about several times with his girlfriend Alexandra Grant, 47, during his stay in Berlin, Germany, where he was filming the most recent installment of The Matrix. The lovebirds went out to dinner together, took romantic strolls, and even passionately kissed each other goodbye whenever he would go to film on set. Their PDA helped to show off how strong their relationship is even though it’s only been slightly over a year since they first went public with their romance.

The Speed star and his lady love, who is a visual artist, publicly debuted as a couple on the red carpet of the LACMA Art + Film Gala Presented By Gucci in Los Angeles on Nov. 2, 2019 and all eyes have been on them ever since. Although the outing was a surprise to many, since Keanu hadn’t went public with a girlfriend for decades before that, it turned out he and Alexandra had been dating for over a year at that point and did a really good job at keeping things private. Actress Jennifer Tilly spilled the beans about it at all when she spoke to Page Six at the American Heart Association’s Go Red for Women Red Dress Collection in Feb. 2020. 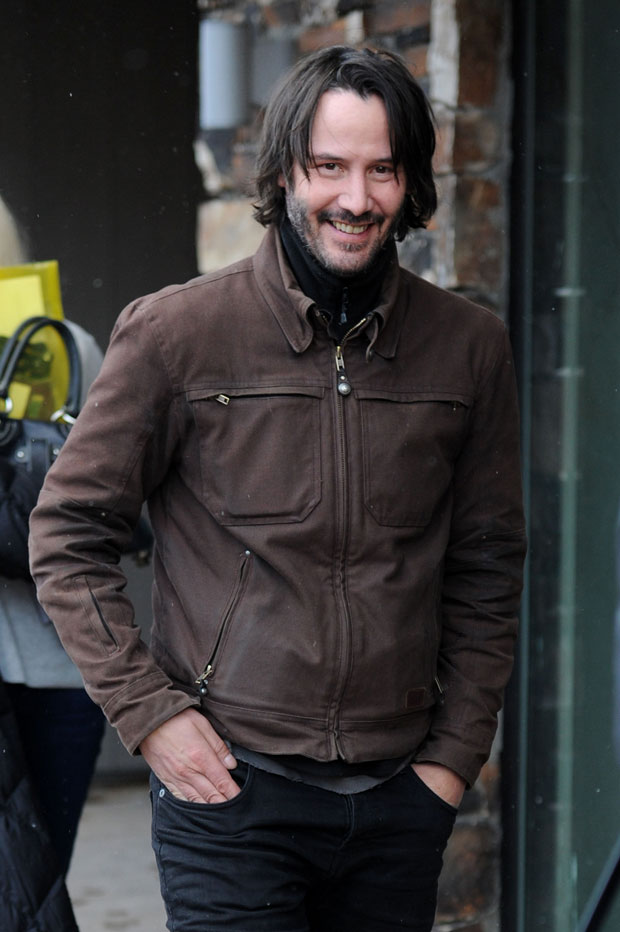 “I remember a couple years ago, about a year and a half ago, [Alexandra] said, ‘Keanu Reeves is my boyfriend’ and I’m like, ‘Wait. What? What? What?’” she told the outlet before revealing she saw Keanu at Alexandra’s last art opening. “I saw him at her last art opening, and he’s not, like, wanting the spotlight, because he’s a really low-key guy, too, and I think why everybody went crazy is that they’re sort of the perfect couple,” she said, referring to all the attention their relationship has received. “I think everybody wishes that they had something like that. It’s not a razzle-dazzle Hollywood romance.”

Related: Keanu Reeves & Winona Ryder’s Relationship Through The Years: A Timeline Of Their Bond