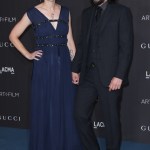 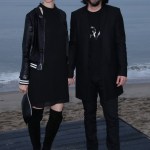 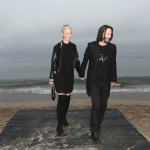 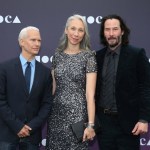 After nearly two decades of not having a public GF, Keanu Reeves made his red carpet debut with Alexandra Grant. Here’s what you should know about the artist, whose relationship with Keanu began as professional.

Alexandra Grant’s love story with Keanu Reeves, 55, is a beautiful one. The 46-year-old artist’s fateful meeting with the John Wick star at a dinner party in 2009 led to nearly a decade of work collaborations, a love for art and books, and a friendship that all culminated into their red carpet debut as a couple at the LACMA Art + Film Gala in Los Angeles on Nov. 2, 2019. Keanu’s decision to bring a plus-one  — that wasn’t a relative or friend — was a big one. The actor (publicly) remained a bachelor for a long time after the tragic delivery of his stillborn daughter Ava Archer Syme-Reeves in 1999, which was shortly followed by a car accident that cost the life of the child’s mother and Keanu’s former girlfriend, actress Jennifer Syme, in 2001.

Two decades later, Keanu has found happiness. However, the blossoming romance between Alexandra and Keanu was already apparent after they were seen holding hands at the Saint Laurent Mens Spring Summer 20 Show in Malibu on June 6 — it’s just extra official now! Here’s what you should know about Alexandra, the woman who has captured The Internet Boyfriend’s heart after all this time (a feat most could only dream of).

1. Text and language inspires Alexandra’s art. She is described as “a text-based artist who uses language and networks of words as the basis for her work in painting, drawing and sculpture,” according to the Ochi Gallery’s introduction for Alexandra. The talented artist fostered her love for the spoken word as a child, since she grew up in a variety of countries: Mexico, Spain and France.

2. Her work has been showcased in prestigious museums. Alexandra’s art has been put on display in the Museum of Contemporary Art (MOCA) in Los Angeles, the Contemporary Museum in Baltimore, the Los Angeles County Museum of Art (LACMA), the Galerie Gradiva in Paris, the The Broad Museum at Michigan State University, and the Harris Lieberman Gallery in New York City, just to name a few!

3. Keanu is one of Alexandra’s longtime collaborators. Their relationship, professional at first, began with books! Alexandra contributed the illustrations for Keanu’s first book, a grown-up picture book called Ode To Happiness, that was published in 2011. She also lent a hand to illustrate Keanu’s poetry book, Shadows, released in 2015.

Thank you @marfainvitational for the hospitality and introduction to Marfa! I'm so looking forward to returning in April! 😘 • • • • • • The inimitable Alexandra Grant comes for a visit in preparation for her Solo Presentation at MARFA INVITATIONAL 2020 this April…and a little shopping at our fave Communitie Marfa 🔔🔔🔔@communitiemarfa @grantalexandra @marfainvitaional MARFA INVITATIONAL is Pleased to Announce  a Solo Presentation by ALEXANDRA GRANT with LOWELL RYAN PROJECTS | LA April 2-5, 2020 www.marfainvitational.com

4. Alexandra and Keanu run a publishing company together. The publishing company, called X Artists’ Books, launched in the summer of 2017. Deviating from mainstream imprints, the company focuses on “unusual collaborations” and books that “don’t really have a place because they’re between genres,” which the business partners explained in an interview with Los Angeles Magazine in Feb. 2018. The interviewer noted that they shared an “easy rapport” and spoke “in a comfortable shorthand fueled by inside jokes and knowing smiles” — foreshadowing, is it not?

5. Alexandra is active in artist philanthropy. She founded the grantLOVE project in 2008, which sells a variety of products from hoodies, screen prints to neon signs to raise funds for other artists’ projects and non-profits!