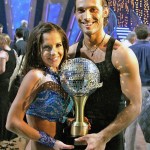 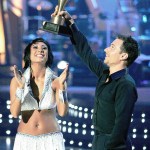 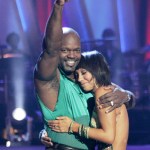 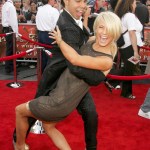 Due to the coronavirus, safety is a priority on season 29 of ‘DWTS,’ and pro dancer, Cheryl Burke, told us exactly how the show is ensuring that the cast and crew stays healthy.

Things are going to be much different on season 29 of Dancing With the Stars. Due to the threat of the coronavirus, there will be no live audience, and cast and crew members have been following strict quarantine regulations since rehearsals began earlier this week. We caught up with Cheryl Burke, who is back as a pro dancer on the show this season, to find out just how the show is making it work.

“We get to our rehearsal and we want to get there about 30-40 minutes earlier because we have to get tested,” Cheryl, told HollywoodLife EXCLUSIVELY while promoting her signature mask line for Bailey Blue. “We get tested right away.” She also added that the couples aren’t allowed to mingle in the dance studio like they usually do. “Everybody has their allotted time and that’s what you get,” Cheryl explained. “If you’re late, it doesn’t matter. They have to air out the studio for 30 minutes [after each rehearsal]. They have to disinfect the room before the next couple shows up.”

To limit the amount of people coming in contact with one another, the producers also aren’t allowed in the studio with the couples during rehearsal. “It’s just these crazy, scary cameras and you run to the other side of the room and all of a sudden you just see a camera that’s slowly following you,” Cheryl revealed. “I’m not sure if I like it. What’s scary is that you’re mic-ed and what you say is what you say. Everybody’s listening, regardless! You’re not really taking a break until you’re leaving the room.”

For now, the show is doing its best so that the pros and celebrities don’t have to wear masks while dancing. “We are social distancing,” Cheryl confirmed. “Each couple will be basically glued to one another and we’re not allowed to mingle with other couples. We get tested every single day right before rehearsal. Production has been very much on it, for sure.”
Luckily, Cheryl has still been able to spend time with her husband, Matthew Lawrence, who doesn’t pose a threat in terms of coronavirus since he “doesn’t ever leave the house,” she joked. However, she confirmed that the professional dancers on the show who are married to each other have been separated. “If God forbid something were to happen, we don’t want everybody to be taken down,” she said. “They just want one couple to be taken down. They don’t want that, but you know what I mean!”
Have you talked to Tom Bergeron since it was revealed he wouldn’t be returning as host? It’s heartbreaking. I do talk to Tom privately and we have caught up. Tom is doing great. Of course, when it comes to change of 15, 16 years of coming on set and seeing the same faces, it’s an adjustment, but I’m super happy for [new host] Tyra Banks. She’s going to be amazing.
Have you gotten to meet Tyra and what will she bring to the season that we haven’t seen before? We had the chance to do a big family Zoom call and we got to introduce ourselves. Tyra’s got so many cool ideas and they’re all very different. For me, personally, I’m very excited that she’s got her photographer from her Sports Illustrated days coming on set and we’re going to be doing really cool, vibey promo shoots. She’s making the ballroom glamorous.
Who are you most excited to interact with from the cast? Interact from a distance, for sure! I was so surprised to hear that Carole [Baskin] was on the cast. That is the show you want — that redemption. I’m totally open to hearing her storie and 14 celebrities’ stories. I think it’s so cool that we’ve got football players. We’ve got Nelly. I’ve dance to Nelly “It’s Getting Hot In Here.” I hope that he would dance to that song, right?!
There’s also the return of pros Sharna [Burgess], Keo [Motsepe] and Artem [Chigvintsev]. How exciting is that for you guys? Those are people to watch out for because they’re definitely going to be putting their A-game out on the dance floor, for sure. Because they’ve taken that time off, they’ve done a lot of self help in a way. Artem also has a new baby. Everyone’s done some growing up, but we’re all just trying to figure it out.