Kate Beckinsale has jokes! The Underworld actress had a funny response to a critic on Instagram, who questioned her taste in men on July 1. Kate, 46, is currently dating 23-year-old Canadian musician Goody Grace, following her romance with comedian Pete Davidson, 26.

Under an adorable video post of her cat, named Clive, an Instagram user asked , “Why do you keep dating guys that could be your children?” Kate swiftly responded that “every relationship I have had has been solely to annoy you.” — Cue the crickets.

Kate and Goody’s budding romance is fairly new. The pair were first spotted together on Easter Sunday, where they appeared to be more than friends on a stroll in Brentwood, CA. Before that, Kate and Goody were seen on a casual outing in January, which seemed platonic at the time. The brunette singer is just one year older than Kate’s 21-year-old daughter, Lily Mo Sheen.

Since then, Kate and Goody have been photographed on many PDA-filled dates around California. She seemed to finally confirm the romance on in mid-June when she wished him a happy birthday on Instagram. Goody shared a video via Instagram on June 19 of himself singing a Bob Dylan cover, to which Kate commented, “Happy birthday I love you. The singer replied back, “I love you.” 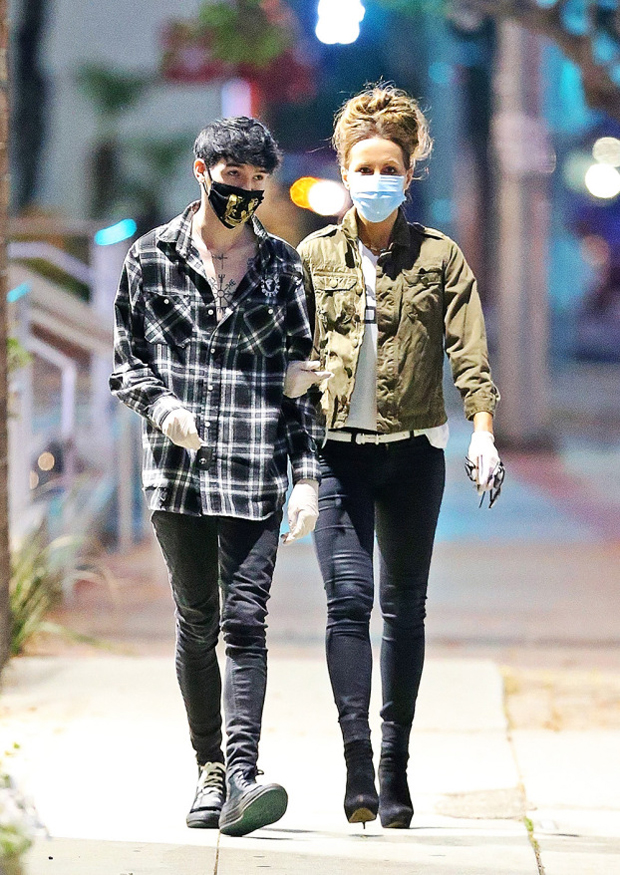 Kate has made it no secret that she’s into dating younger men. Her last relationship with Saturday Night Live comedian, Pete Davidson lasted nearly four months before things fizzled out around May 2019. Before Pete, she was romantically linked to another 20-something comedian Matt Rife, as well as Jack Whitehall, who’s in his 30s.
The actress was previously married to her Underworld director, Len Wiseman. They wed in 2004, separated in 2015 and finalized their divorce in 2019. Kate previously dated actor Michael Sheen from 1995 to 2003 and they welcomed daughter, Lily (mentioned above) in 1999.
Articles Trending Now