Denise Richards , 49, has been at the center of a lot of drama on the current season of The Real Housewives of Beverly Hills and that’s not going to change anytime soon. In a new supertease for the back half of Season 10, which was released on June 3, viewers saw Brandi Glanville finally detailing her alleged affair with Denise. And ever since fans were made aware that Denise skipped a few events with the cast after that claim was made on camera, her involvement with the series moving forward has been put into question.

Especially after the season’s first trailer, in which Lisa Rinna predicted that “we’d never see Denise Richards again” following the reveal of her alleged affair with Brandi, went viral. But since then, Denise has said that she hasn’t quit the show. However, that doesn’t mean she’s definitely returning for Season 11 either — it just means she’s willing to reunite with the ladies when they film the Season 10 reunion later this year.

Anyway, we’re hearing that despite what Denise has said, Lisa Rinna thinks the Wild Things star will eventually walk away from the series when the current season comes to a close. “Rinna thinks Denise will walk away from the show after this season,” a source told HollywoodLife EXCLUSIVELY. “It’s really sad because [Lisa and Denise] were friends for so long, but [due to all the drama that went down this season] they are not interested in speaking with each other or repairing their friendship.” 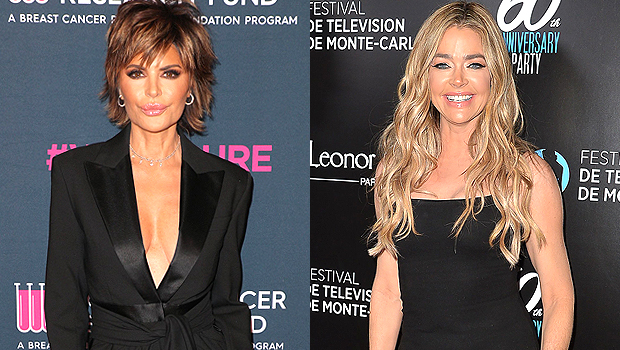 We previously learned that Lisa and Denise had a major falling out over Denise’s upcoming drama with Brandi on the show, but that has yet to play out on the series. What we have seen, however, was Lisa calling Denise a “hypocrite” during an argument over their risqué behavior and whether or not their kids should know about it. And things are only going to get worse from there.

But despite that, we hope Lisa Rinna is wrong and Denise does stick around for another season.

New episodes of The Real Housewives of Beverly Hills air Wednesdays at 9pm on Bravo.