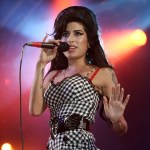 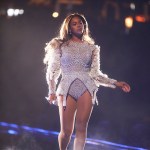 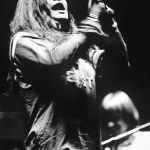 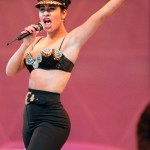 March is Women’s History Month, and we’re celebrating the female artists we love! Smash glass ceilings to this soundtrack all month long.

From Billie Holiday to Beyoncé, from Helen Reddy singing “I Am Woman” to Taylor Swift proclaiming herself “The Man,” female voices have been the soundtrack to change, evolution, and revolution. With March being Women’s History Month, it’s time to celebrate the women who continue to inspire greatness through their art. HollywoodLife has put together an epic playlist — featuring Dua Lipa, DeJ Loaf, Gwen Stefani, Rihanna, and more of your faves – to help honor those who paved the way and those continuing to shatter records (and glass ceilings) today.

Of course, it’s not all Grammys. Women have been dominating on the charts, too. After Ariana Grande released Thank U, Next, she became the first artist since The Beatles to hold the top three spots on the Billboard Hot 100. (“7 Rings,” “Break Up with Your Girlfriend, I’m Bored,” and “Thank U, Next,” in that order.)

Beyoncé — who as of 2021 is on her way to possibly becoming the woman with the most Grammys (bluegrass artist Alison Krauss has the record with 27, with Bey at 22) – tied Frank Sinatra with having the most Record of the Year nominations in the award’s history (seven for each.) Bey is also the first Black woman to headline Coachella (and arguably, the best artist to headline.) She’s also the first artist to have her fist six albums debut at No. 1, the most-nominated woman in Grammy history, and the first woman to win six Grammys in one night. She’s also a living icon, a culture powerhouse, and arguably the most powerful voice in pop culture.

Lady Gaga pulled off a Grand Slam, of sorts, in 2019, becoming the first women in history to win an Oscar (Best Original Song, “Shallow”), a Grammy (Best Pop Duo/Group Performance, Best Song Written for Visual Media), a Golden Globe (Best Original Song, “Shallow), and a BAFTA (Best Film Music) within the same year. Taylor Swift also shattered countless records with 2020’s folklore, including most cumulative weeks at No. 1 by a woman. She also became the first artist in history to debut a song (“Cardigan”) and album (folklore) at No. 1 simultaneously, per PopCrave.

Blast the playlist above throughout March. Happy Women’s History Month!