Previews for the Sept. 28 episode of ‘Bachelor in Paradise’ show bartender/stand-in host, Wells Adams, having a tense conversation with Ivan Hall. Here’s more to know about the contestant.

Ivan Hall has been beloved in Bachelor Nation for his soft-spoken demeanor and kind attitude on The Bachelorette and Bachelor in Paradise. However, Ivan appears to be at the center of some controversy on the Sept. 28 episode of BIP. Previews for the episode show Wells Adams pulling Ivan aside to have what looks like a pretty intense chat.”Do you have anything to tell me?” Wells demands in the sneak peek, as the words “No one saw this coming” flash across the screen. Then, Ivan responds, “Love makes you do weird, crazy things,” as Well looks floored and brings his hand to his mouth in shock.

Are relationships changing? Tonight at 8/7c on ABC, you will not see this #BachelorInParadise drama coming. Stream on Hulu. pic.twitter.com/wS4qkej0Ta

Ivan has had a pretty rough go of it on Bachelor in Paradise. He started out the season in a relationship with Jessenia Cruz, but she dumped him for Chris Conran once Chris came to the beach. Then, Ivan started spending some time with Kendall Long, and gave her his rose at the third rose ceremony. However, Kendall decided to leave the show after seeing her ex, Joe Amabile, in a new relationship with Serena Pitt. Going into the fourth rose ceremony, Ivan feared being eliminated, but he made out with Chelsea Vaughn at the cocktail party during the Sept. 21 episode. However, Chelsea has also been spending time with Aaron Clancy, which led to some tension between the men. The fallout of their feud will air during the Sept. 28 episode, as well. Learn more about Ivan below.

1. What Happened To Ivan On ‘The Bachelorette’?

Ivan was a contestant on season 16 of The Bachelorette, which first featured Clare Crawley, followed by Tayshia Adams after Clare left the show. Tayshia and Ivan had a sweet connection, and he made it to the hometown dates portion of her season. That week, Tayshia eliminated Ben Smith, while Brendan Morais eliminated himself. This left Ivan as one of the final two guys, along with Zac Clark. 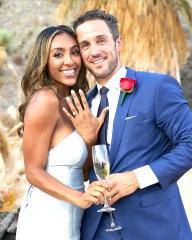 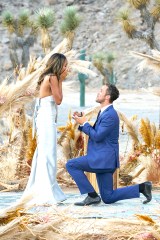 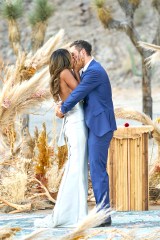 However, Ben threw Tayshia for a loop by returning at the final three. They rekindled their connection, and Tayshia wound up sending Ivan home at the final three rose ceremony. In the end, though, Zac was who she was meant to be with. She actually eliminated Ben before the final rose ceremony, and wound up getting engaged to Zac. They’ve been happily together ever since!

Yes, Ivan is one smart dude — he’s an aeronautical engineer. Ivan works as a Senior Software Quality Engineer for Lockheed Martin, according to his LinkedIn. The job allows him to help build jets for the U.S. military. He’s been with Lockheed Martin since 2018, and also worked there for a stint from 2015-2017.

3. Ivan Was The First Blasian On ‘The Bachelorette’

During one episode of The Bachelorette, Ivan tweeted that he was “proud to be the first Blasian (1/2 black 1/2 asian) in the history of the show.” During one of his one-on-one dates with Tayshia, the two got emotional while discussing the Black Lives Matter movement and what it meant to each of them in their lives.

4. Where Did Ivan Go To College?

Ivan has a Bachelor of Science in Industrial Engineering from Texas Tech University. He graduated in 2015. During his college years, he interned at Enterprise Solutions in Chicago. He’s also a member of the Institute of Industrial and Systems Engineers.

5. What Are Ivan Hall’s Religious Beliefs?

After his breakup with Tayshia on The Bachelorette, Ivan appeared on Kaitlyn Bristowe’s podcast, where he revealed how religion played a role in the split. Ivan is agnostic, and Tayshia told him that she only wanted to date a Christian, which took a toll on the relationship. However, the two didn’t discuss this important difference until their fantasy suite date, which is when Tayshia eliminated him. Ivan explained that he and Tayshia began discussing the possibility of a family one day, which is when religion became a big topic.

In a separate interview, Ivan opened up about how religion isn’t as important for him when it comes to dating. “I’ve dated women who are Christian. I’ve dated women who are Muslim, anything,” he explained. “I’m completely open to it. My main focus are the morals and values that you have, and that’s what I try to have. I just try to have good morals and values. That’s what’s most important to me.”