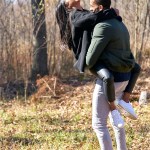 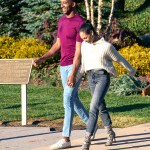 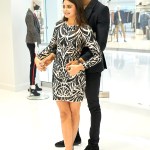 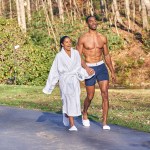 There are just four women left on Matt James’ season of ‘The Bachelor,’ and he’s shared some pretty special moments

Matt James will meet the families of his final four women — Rachael Kirkconnell, Serena Pitt, Bri Springs and Michelle Young — on the Feb. 22 episode of The Bachelor. Matt met more than 30 women this season, but he’s narrowed it down to the four who he has the strongest connection with. Due to the traveling and quarantine restrictions amidst the coronavirus, Matt can’t go to the ladies’ hometowns like usual, so the families will be coming to him at the Nemacolin Resort.

Throughout the season so far, Matt has shared intimate moments with all four remaining women. From one-on-one dates, to alone time on group dates and cocktail parties, he’s managed to make sure that each woman feels confident enough in their respective relationships to introduce him to their families. Check out some of Matt’s best moments with his final four women below in the gallery above!

Rachael has been the subject of some controversy since The Bachelor has aired. When the season first began, a TikTok user, who claimed to have gone to high school with Rachael, accused the contestant of bullying her for “dating Black guys” in school. Then, a photo surfaced of Rachael attending an Old South-themed party in college. In mid-February, she released a statement apologizing for her past racist actions and vowed to be held accountable for them.

Of course, all of this was unbeknownst to Matt when he filmed The Bachelor in the fall of 2020. Matt fell fast for Rachael, but didn’t take her on a one-on-one date until week five. During their night together, though, he told her that he was falling in love with her, which was the first time he had made such a bold statement about someone this season. Ahead of hometown dates, Matt gave Rachael the group date rose during week 7, which guaranteed her a spot in the final four before the rose ceremony.

Serena is the only woman in the final four who has had two one-on-one dates with Matt. Her first one-on-one was during week three, followed by a second one-on-one during week seven. Matt gave Serena her second date before a remaining contestant, Abigail Heringer, even had her first one-on-one, so it’s pretty clear that he’s very into Serena. Even though Serena hasn’t gotten much screen time in between her solo dates, her connection with Matt is obviously strong, as he didn’t hesitate to give her a rose before hometowns.

Bri caught Matt’s eye right from the beginning and she received his first one-on-one date of the season. They had a connection right off the bat, which has continued throughout the show. Matt even gave the group date rose during week four, letting her know that she was still on his radar. Bri is clearly very serious about Matt, too, and even told him that she had quit her job to be on the show. No pressure, right?!

Michelle was one of the five women who arrived to the show after two rose ceremonies had already been completed. Just ahead of the third rose ceremony, Chris Harrison surprised Matt with Michelle and four other women, who were joining the cast. He liked Michelle right off the bat and asked her on a one-on-one date right away. While the other four ladies have been eliminated in the week since their arrival, Michelle has stuck around, and even got a group date rose during week six.