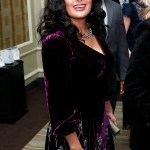 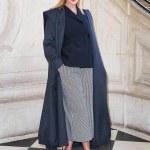 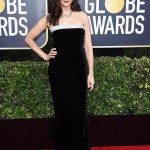 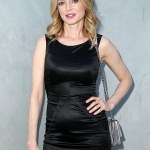 With the new ‘Don’t Look Your Age Challenge’ craze, take a look at stars who are simply ageless!

Twitter is abuzz with the new “Don’t Look Your Age Challenge!” The craze began as a fun viral post, featuring those who are using the hashtag sharing photos of themselves and revealing their ages. A ton of Twitter users have gotten in on the action, surprising followers with their youth, confidence and more. That got us thinking about the incredible ladies who have proven that age is merely a number. Take a look at the ageless beauties who look more stunning each and every day!

Viola Davis, 55, is breaking barriers and embodying some of the most fascinating characters on the big and small screen. The Oscar and Emmy-winning actress has led one of executive producer Shonda Rhimes‘ most successful ABC series to date: How To Get Away with Murder, “killing it” every single time she has been on screen. The Oscar-winner has had an incredible career, but she has worked hard to achieve her goals, including her very first Oscar win in 2017 for Best Performance by an Actress in a Supporting Role for Fences. Now, Viola has achieved an incredible feat in history, becoming the most-nominated Black actress in Academy Awards history with her latest nomination for Best Actress in a Leading Role for Ma Rainey’s Black Bottom. Something tells us, however, that the best is still yet to come from the unassailable talent.

We also have to mention Salma Hayek. The stunning 54-year-old has been showing off her ageless looks on Instagram for some time. With each new unfiltered post, we cannot help but love her confidence more and more! Throughout her career, Salma has been a true beauty of the big screen. But her platform goes far beyond the glittering lights of Hollywood. In fact, Salma has used her star power to raise awareness about the experiences of children in Mexico through the resources of her foundation. She’s an activist and an artist, who has given incredible performances like her Oscar nominated work in 2002’s Frida.

At 50 years old, Uma Thurman is still as poised and polished as ever. From her work to her fashion choices, the star has continued to be a favorite of longtime fans. Her influence in pop culture goes back decades to her first Oscar nominated role in the 1994 picture Pulp Fiction. Now, Uma is passing the torch to the next generation, as her look-a-like daughter, Maya Hawke (whom she shares with former husband Ethan Hawke) rises to stardom just like her mom!

It might be more than two decades since Heather Graham made waves as Rollergirl in Boogie Nights, but she looks like she hasn’t aged a day! Along with her unique confidence, the 51-year-old actress continues to delight fans with her fabulous Instagram posts from her days basking in the sun at the beach and working on a slew of new projects. Heather has always been a radiant beauty, and she continues to be just as beloved as she was at the start of her career! Want to see more stunning stars 50 and over who’ve barely aged a day? Take a look at the gallery above!