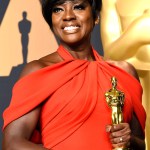 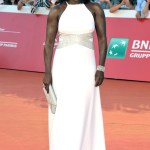 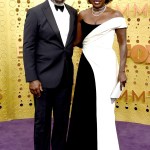 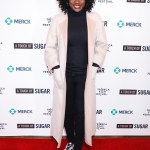 Viola Davis is breathtakingly beautiful on the cover of ‘Vanity Fair’s July/August issue — the magazine’s first cover ever taken by a Black photographer, Dario Calmese.

Viola Davis covers the latest issue of Vanity Fair — which also made history as the magazine’s first ever cover shot by  a Black photographer, Dario Calmese. The July/August issue features the award-winning actress, 54, in a number of stunning looks. In an accompanying interview, Viola discusses systemic racism, protests, diversity in Hollywood, as well as the challenges of being a Black actress in the entertainment industry.

Radhika Jones, Vanity Fair‘s editor-in-chief, dedicated a larger portion of her editor’s letter to discussing the inspiration behind Dario’s historic cover. “Dario Calmese’s first V.F. assignment was a feature on Billy Porter a little more than a year ago,” Jones said. “This is his first major magazine cover, and we celebrate him and honor his vision at this heightened moment in American history. Calmese describes his cover concept as ‘a re-creation of the Louis Agassiz slave portraits taken in the 1800s — the back, the welts,” she continued, explaining, “This image reclaims that narrative, transmuting the white gaze on Black suffering into the Black gaze of grace, elegance, and beauty.”

The new interview explores Viola’s illustrious career accolades, as well as what she’s focused on accomplishing for others. In 2015, Viola became the first Black woman ever to win an Emmy for lead actress in a drama for her role as Annalise Keating in ABC’s How to Get Away With Murder. Two years later, she won an Oscar for her supporting role as Rose Maxson in Fences — a role for which she also earned a Tony. Now, she wants to use her platform to help young Black actors and actresses garner the same success she has.

Today, Viola not only runs her own production company, JuVee Productions, but she’s using her platform to highlight young Black actors. “There’s not enough opportunities out there to bring that unknown, faceless Black actress to the ranks of the known. To pop her!” she told the magazine, before going on to name other Hollywood actresses including, Emma Stone, Reese Witherspoon, Kristen Stewart. — Of the latter list, Viola said the women are all “fabulous white actresses,” who have had “a wonderful role for each stage of their lives, that brought them to the stage they are now.” Though, “We can’t say that for many actors of color,” she admitted.

As a Black woman in Hollywood, Viola went on to explain that she’s no stranger to protests. Notably, just last month, she joined the nationwide protests following the death of George Floyd. “My entire life has been a protest,” Viola said, explaining, “My production company is my protest. Me not wearing a wig at the Oscars in 2012 was my protest. It is a part of my voice, just like introducing myself to you and saying, ‘Hello, my name is Viola Davis.’”

Viola, who is slated to star as Michelle Obama and blues icon Ma Rainey in separate forthcoming projects, went on to discuss how acting roles about the Black community aren’t explored deep enough.

“Not a lot of narratives are also invested in our humanity. They’re invested in the idea of what it means to be Black, but… it’s catering to the white audience,” she said. “The white audience at the most can sit and get an academic lesson into how we are. Then they leave the movie theater and they talk about what it meant. They’re not moved by who we were.”