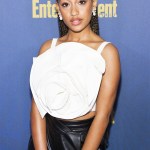 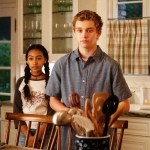 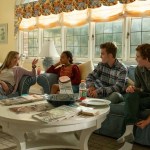 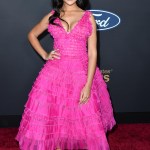 In ‘Little Fires Everywhere,’ Lexi Underwood’s character becomes an agent of change. Now, in real life, she feels compelled to fight 400 years of systemic racism to bring about permanent change in America.

During the month-long Black Lives Matter protests, which are now being called the largest movement in US history, young people flooded the streets. One of those determined young women was Lexi Underwood, 17, who recently was catapulted to stardom playing the bright and inquisitive Pearl, in the hit Hulu series, Little Fires Everywhere.

Underwood, a Washington, DC-native, didn’t just march in the streets of her new hometown, LA, she also spoke out in front of a packed crowd during the demonstrations. Why has she felt that it has been of the utmost importance to not just take part in the protests, but also to utilize her social media to actively express her support for Black Lives Matter and to advocate for change?

“I’m black, and so these issues affect me, my family, my community. Just because I’m in a position of ‘power,’ doesn’t mean that something couldn’t happen to me or my mom or my dad, or just any one of my friends or family members. So, I definitely felt as though I did have a role to play in this fight,” she told HollywoodLife in an EXCLUSIVE interview.

“I think everyone has a role to play in this fight whether you’re an ally or you’ve been a victim of racial profiling or just racism, period. I felt it was my duty to get out there and play my part in this fight despite Covid-19, because while Covid-19 is a global pandemic, there’s been this global pandemic that Black people, especially Black women and trans people – men and women – have experienced, which is racism for more than 400 years.”

It was that duty which pushed her to stand up and give her speech during the demonstration, despite being “incredibly nervous”. Nevertheless, Underwood was encouraged to step up on stage by Kendrick Sampson, an actor, activist and founder of BLD PWR, a grassroots organization which works to harness the power of the entertainment industry to help end systemic racism.

“I was put on the spot,” Underwood admits. “I didn’t have a speech prepared. As soon as I looked out at the crowd, it just gave me a bit of motivation. Seeing everyone of all different shades, all different races, from all different backgrounds come out in support of this movement was incredibly inspiring, and it gave me the strength to get up there and do what I had to do.”

Underwood is realistic, though, about how even the massive months-long protests won’t necessarily lead on their own to substantive change. “It’s been over 100 days and Breonna Taylor’s killers ( they were police officers) still haven’t been arrested,” she points out. “There won’t be real change until all Black people are free, and not just Black men, it’s also Black women, it’s also Black trans women, Black trans men and it’s also Black queer people”.

For a young woman of 17, Underwood is a well-informed student of history, though she doesn’t feel that schools do anywhere near a good enough job of teaching Black history.

“A lot of people think the George Floyd murder is different, but it wasn’t different because our people have experienced this depth over and over again since the beginning of time. This was just a modern day lynching. The only difference is that now we have cameras and phones to record that this injustice is happening”, she points out.

She explains that she began to realize at age ten or eleven that Black people, and especially Black women, were being erased from history. “We only know about Martin Luther King, we only know about Rosa Parks and we barely hear about Malcolm X. If we’re lucky, Harriet Tubman and Frederick Douglass, but that’s about it.” She admits that she only first learned about Emmett Till, a fourteen year-old who was brutally lynched in Mississippi in 1955, after being accused of grabbing the waist of a white woman, at summer camp. Decades later, the woman who accused him, confessed to making that allegation plus more.

Lexi bemoans the fact that American students don’t learn about civil rights activist Claudette Colvin, who was arrested at  the age of fifteen, months before Rosa Parks, for refusing to give up her seat on a segregated bus in Montgomery, Alabama. Or, Fannie Lou Hamer, a voting, women’s rights and civil rights activist, who campaigned against Jim Crow poll taxes, founded the Mississippi Freedom Democratic Party and later was given a hysterectomy without her consent by a white doctor, trying to reduce the number of Blacks in Mississippi.

The erasure of Black women and Black people in general is one of the topics that Underwood will be discussing on her “passion project,” ‘We The Voices Of Gen Z: All Black Lives Matter’ round table discussions, which she has launched using her own production company, ‘Ultimate Dreamers Productions’.

She has taped two round table discussions so far featuring Gen Z voices. She writes on Instagram that her round table discussions are bringing together young Gen Z-ers (the generation born between the late 1990s and early 2000s) from diverse backgrounds to discuss social and political issues in order to “spark peer dialogue, encourage action and create sustainable solutions that support our collective right to LIFE, LIBERTY and the PURSUIT OF HAPPINESS for all Americans regardless of race, color, socio-economic status, religion, gender, age or sexual orientation.”

I’m excited to share a passion project that was the first concept created 2 years ago under my production company @ultimatedreamerproductions (much love to @mizztamarabass & @meagangood) We the Voices of Gen Z is a documented round table of Gen Z voices, from diverse backgrounds, discussing social and political issues. The goal is to spark peer dialogue, encourage action, and create sustainable solutions that support our collective right to LIFE, LIBERTY, and the PURSUIT OF HAPPINESS for all Americans regardless of race, color, socio-economic status, religion, gender, age, or sexual orientation. Our first conversation amplifies the erasure of black women and black trans & queer people from the movement for equality & justice. Check out conversation 1 of 5, “Joy is an Act of Resistance.” Go follow @wethevoicesofgenz for the entire conversation. The YouTube playlist 🔗 in my bio. Thank you to our Gen Z panelist: @erisbaker @littlemissflint @iammarleydias @chanicealee @marquisrodriguez & @benlross Thank you to our subject matter experts: @janayathefuture & @ashleemariepreston & to Naima Calvillo for being our mental health expert for this conversation. And a special thank you to my brother @reed.shannon for blessing us with your original song, “Black Bodies”. Huge thank you to @mandikay2 ❤️ Don’t get distracted, Black Lives Still Matter. 🖤

You can hear the round tables on the “We The Voices Of Gen Z: All Black Lives Matter” YouTube channel or Instagram page. It’s rare a 17-year-old who has her own production company, but Lexi launched hers at the age of 16 with the goal of “giving voice to these stories that people are afraid to tell… because growing up, there wasn’t too much representation within out own history classes.” One of those stories is about her own great grandfather and great grandmother, Norman and Ophelia Smith. Norman was a pharmacist and Ophelia was a school teacher for special needs children in Gastonia, North Carolina. Lexi’s great grandfather owned the first Black-owned pharmacy in Gastonia, a town which had a thriving Black community living around a central ‘square’. He was also a civil rights leader. She aims to make a documentary about her great grandparents called The Square.

But before all of that, Underwood is under consideration for an Emmy for Best Supporting Actress in a Limited Series/Movie for her portrayal of the bright high school student Pearl, the daughter of single mother, Mia ( Kerry Washington)  in Little Fires Everywhere. And she is committed to “showing up and doing the actual work” of using her platform to advocate to end systemic racism. “We’re ready for change to be made,” she insists. “And we’re not going to back down until it is made.”

To help make change, you can register to vote in the November 2020 elections below with our Rock The Vote Register To Vote module.