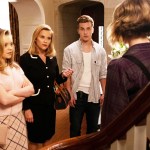 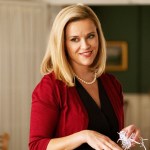 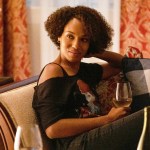 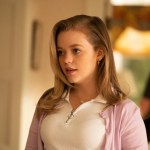 The ‘Little Fires Everywhere’ finale featured a fiery twist that’s very different from the book. HL spoke with Jordan Elsass about his reaction to the twist, Trip’s relationship with Elena, and more. Spoilers ahead!

The Little Fires Everywhere finale was explosive, to say the least. The show finally revealed who set fire to the Richardson house, and that’s where the twist came into play. The tensions between the Richardson kids and Elena came to a boiling point and erupted. When Izzy finds out that Elena has kicked Pearl and Mia out and they’re gone, Izzy begins to douse her room with gasoline. Trip, Lexi, and Moody try to stop their sister, and Elena soon comes into the room. This sets off an intense and gut-wrenching mother-daughter showdown between Elena and Izzy where Elena reveals she never wanted Izzy.

Izzy leaves and Lexi confronts her mother. Lexi admits she had an abortion and Elena completely loses it. She screams at Lexi and slams the door in Trip, Lexi, and Moody’s faces. Lexi, Trip, and Moody continue what their sister started and start the fire that burns down their house. Trip gets Elena out of the house, and she takes the fall when the cops ask who burned the house down.

HollywoodLife talked EXCLUSIVELY with Jordan Elsass about the shocking ending and how it felt to have Trip a part of this game-changing twist that’s “wildly different” from Celeste Ng’s book. He discussed the possible impact Elena’s confrontation will have on Trip and whether or not Trip and Moody can repair their relationship. Read our full Q&A below.

Let’s talk about that ending. What was your reaction when you read the script and saw that Liz [Tigelaar]  and the writers were taking the ending in a different direction from the book?
Jordan Elsass: So I waited to read the book until after we’d finished shooting actually. I wanted to completely go based on just the screenplays and just work with that material and flesh Trip out from there. But I knew that in the book the ending is wildly different. It’s just Izzy and then in the TV adaptation, it’s completely different. You have all the kids joining in and piling on to this, and I personally really liked that. I think both stories were fantastic, but I really liked what Liz did and I liked that she took it in a different direction. It’s all the kids being done with Elena. All the kids have a hand in this. I liked that a lot. But my first reaction was, “Whoa, I didn’t see that coming. I didn’t expect that.”

More intense than the actual fire was the confrontation between Elena and Izzy in front of the other Richardson kids. Elena makes that really shocking confession in front of them saying that she didn’t want Izzy. Do you think that was the breaking point for Trip and the rest of the kids because they’re finally seeing their mother for who she truly is?
Jordan Elsass: Absolutely. That’s 100 percent it, especially for Trip, because I don’t think that he has seen that side of his mother at all. Especially Trip and Lexi. I think Moody and Izzy have more so seen that side, but I don’t think Trip and Lexie have seen that side of Elena at all. When she snaps and just goes off, I think that’s just the point where they’re like, “Oh, my goodness. Our mom’s a monster. What is she doing? She’s psychotic.” Who says that? They’re blown away. Trip and Lexi have always gotten the prime treatment from their mom. They’ve been the golden children. Trip would have never seen that coming.

Do you think that moment changed Trip’s view of his mom forever? Do you think that he could ever forgive her for what he said to Izzy?
Jordan Elsass: Just because Trip being by far, in my opinion, the most easygoing I don’t see Tripp necessarily holding grudges or letting something like this have a permanent impact on him. I think that, while it’s going to change his perspective forever, I think slowly but surely it’ll sort of somewhat go back to normal. I really don’t think that it’ll affect his perception of his mom drastically forever.

I think Trip is the most forgiving of the four kids. I think that goes back to the fact that, while the Pearl situation was really intense and everything, Elena really never manipulated his life to the extent that she had the others. But I think that moment after Elena goes off on Izzy, it bonds the three of them to Izzy. They’re finally together united by something for the first time.
Jordan Elsass: I think it wasn’t only bonding us three to Izzy, but it was bonding between the whole family. For a minute there, and I’d imagine Gavin [Lewis] and Jade [Pettyjohn] would tell you the same thing, I think when we’re in that scene as Lexi, Moody, and Trip we all felt this bond that I think our characters had never really felt before. I’d imagine that might have been the third or fourth time we felt that close to each other in our entire lives. I think that was the coolest part about the whole scene is it wasn’t just us connecting to Izzy, but it was us connecting to each other. I think that was one of the most intense scenes to film. We’re all there in Lexi’s bedroom with the can of gas and everything. It was just really, really powerful, and a lot of emotion.

Before the fire, the Moody/Pearl/Trip love triangle comes to a head. Do you think that these two brothers can forge ahead and have a good relationship in the future despite what happened?
Jordan Elsass: Now that I would say is going to take time. Because pretty much the theme for the entirety of the show has been that Trip doesn’t really care that much that Moody is especially mean to him. I think that Trip loves to mess with Moody. He says some mean stuff, but I think that Trip is more joking and Moody’s more serious. As far as moving past that, I think that the brothers will be able to make it past that. I don’t think it’s devastating to their relationship. But I think that if anybody holds that grudge and prevents that relationship from being rebuilt it would be Moody.

What do you think Trip has learned from this relationship with Pearl?
Jordan Elsass: I think he’s learned so much. I don’t think Trip’s ever really gotten the butterflies in his stomach. The whole “I’m nervous around you but I’m so happy to see you” feeling. It’s an unexplainable feeling when you really fall in love. I think that Trip has never felt that before up until this point. I don’t even think that back in episode 4 when they first kiss and everything that Trip is feeling that way. I think that takes time. At this point, he’s really, really falling for her and he doesn’t really fully understand why. I think it’s a completely new feeling for Trip.

Why do you think the ending is right for the show as someone whose character plays a huge role in the new ending?
Jordan Elsass: So I really like the ending for the show because it brings together characters that had these sort of individual subplots for most of the show — like Lexi’s abortion and the Trip, Pearl, and Moody storyline. It would have worked for the book as well. I liked the way the book ended. It was very solid. I didn’t question it at all. I didn’t think it was a bad ending. But I really like that writers changed it up and gave it a twist of its own. I think it was perfect for the show because it’s this moment of unity and we are finally working together. Even if it’s just for this one moment, at least it’s something that the viewers can be proud of.