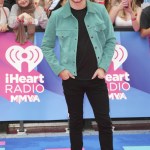 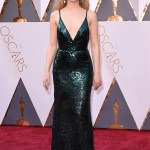 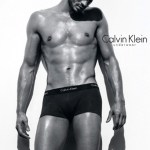 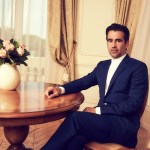 Happy St. Patrick’s Day! Celebrate with us by appreciating these photos of some of THE hottest Irish stars, like Niall Horan and Jamie Dornan.

It’s St. Patrick’s Day! Today, March 17, is all about celebrating Irish culture, so we decided there’s no better way to do that than to honor some of our favorite celebrities who hail from Ireland. (Well, besides wearing plenty of green, of course.) Let’s get to it, shall we? Irish stars like Niall Horan and Jamie Dornan are particularly dreamy, don’t you think?

One of our favorite Irishmen is Niall! The former One Direction member grew up in Mullingar, and has always been proud of his roots. Unfortunately since becoming famous, Niall has spent less time in Ireland than he’d like to – and it’s proven to be a bit of a different experience. He opened up about fans swarming his family’s house when he’s around in a 2016 interview on The Graham Norton Show.

“I go home a couple times a year. My dad still lives in the same spot, so it gets kind of hectic around the house,” he said. The sexy “Slow Hands” crooner then went on to explain how locals have started treating him differently when he’s in town. “Sometimes if I’m walking home, right? I go home around Christmas and there’s no taxis and I start walking home. The police will drive past me, pick me up and bring me home,” he revealed, adding, “I remember when they used to do that for a different reason.”

You wouldn’t know it from his iconic turn as Christian Grey in Fifty Shades of Grey, but Jamie is from Northern Ireland. The actor was able to flex his dreamy accent while playing a serial killer in the drama series The Fall, though. He adorably taught his fans Irish slang in a 2018 video for Vanity Fair. “Craic” equals “how’s it going” and much, much more. As for “Kex,” that’s underwear. You learn something new every day.

Four-time Oscar nominee Saorise Ronan is incredibly proud of her Irish heritage. Saoirse has poked fun at her thick accent on Saturday Night Live, and gushed about playing an Irish immigrant in Brooklyn. The movie, which earned her an Oscar nod for Best Actress, did make her anxious, though.

“I was terrified,” she told the Los Angeles Times in 2015. “Maybe because I’ve been [acting] since I was 10 and everyone back at home has been really amazing and supportive. And the idea of them seeing me representing us onscreen was scary. And so, I felt a huge responsibility.