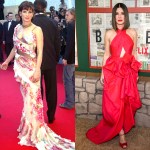 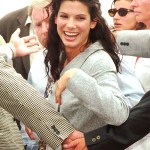 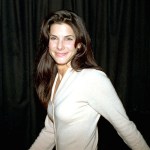 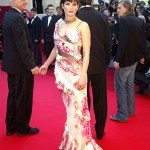 In honor of Sandra Bullock’s 56th birthday, we’re looking back at how she’s emerged from a rising Hollywood star to A-list actress over the years!

Happy birthday to the one and only Sandra Bullock! The actress turns 56 years old on July 26, and we’re celebrating by taking a trip down memory lane to the beginning of her career to now. Over the years, Sandra has emerged as one of the most beloved Hollywood stars, and we rounded up some of her best moments to show her transformation from her start in the industry to now.

Sandra’s acting debut came in 1987 when she was just 24 years old. She had a minor role in a film that year, but her breakthrough wasn’t until she starred in Speed, which came out in 1994. From there, Sandra emerged as a powerhouse star, and she followed it up with roles in movies like Crash and A Time To Kill. Sandra also began dabbling in romantic comedies, and had starring roles in films like Hope Floats and, of course, Miss Congeniality.

Obviously, the birthday girl has proven that she’s incredibly versatile as an actress. Some of her other best known roles are in The Proposal, Premonition and Ocean’s 8. She also won an Oscar for her portrayal of Leigh Anne Tuohy in the 2009 film The Blind Side, and wowed everyone with her performance in the Netflix movie, Bird Box, in 2018.

In recent years, Sandra has shifted her focus to her children as opposed to her career. She adopted her son, Louis, in 2010, and then adopted a second child, a daughter, Laila, (who was three years old at the time), in 2015. Additionally, Sandra has had a number of high-profile relationships with stars like Tate Donovan and Ryan Gosling. She married Jesse James in 2005, but they split in 2010 after multiple women came forward with allegations of cheating. Their divorce was finalized in June of that year.

Sandra has changed her look quite a bit over the years. We’ve seen her rock a number of different hairstyles and colors, while her sense of style has also changed as she’s gotten older. Scroll through the gallery above to see photos of Sandra’s transformation over the years!