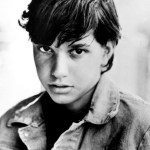 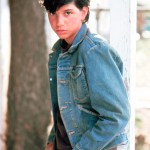 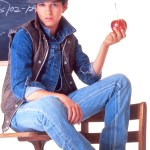 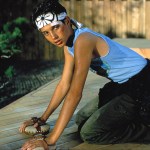 In honor of Season 3 of ‘Cobra Kai’ hitting Netflix, we’re looking back at the transformation of the original ‘The Karate Kid’ star through the past 30+ years: Ralph Macchio.

It was almost 40 years ago when viewers first watched Ralph Macchio, playing the role of Mr. Miyagi’s karate apprentice Daniel LaRusso, bust out the “Crane” kick to beat Johnny Lawrence in the 1984 film The Karate Kid. Ralph reunited with his on-screen rival decades later for a new series called Cobra Kai in 2018, which just dropped the third season on Jan. 8. The reunion proved successful: Cobra Kai is now a “Top 10” watch on Netflix! To celebrate, we’re looking back at the now 59-year-old actor through the years, from ’80s movie star to Netflix karate master.

While The Karate Kid made Ralph a household name, he actually made his film debut in the teen comedy Up the Academy in 1980. This led to a brief recurring role as Jeremy Andretti in the ABC series Eight is Enough. However, Ralph’s big break came in the role of Johnny Cade in the 1983 film, The Outsiders, based on S.E. Hinton‘s classic novel of the same name. Ralph’s status as a young ’80s movie star was cemented: he starred in The Karate Kid the very next year.

The Karate Kid was so successful, it earned two sequels throughout the ’80s. It was a good decade for Ralph: he starred in yet another movie, Crossroads, in 1986, and even made his Broadway debut in the production of Cuba and His Teddy Bear that very same year alongside Robert de Niro.

Ralph left behind his Karate Kid era in the ’90s, and made his most notable film appearance as Bill Gambini in the 1992 flick My Cousin Vinny. He also returned to the theatrical stage for a U.S. tour of How to Succeed in Business Without Really Trying as J. Pierrepont Finch between 1996-1997.

Moving on to the new millennium, Ralph held TV roles here and there such as a recurring role as Archie Rodriguez on Ugly Betty and Officer Haddix on The Deuce. Pre-Cobra Kai, Ralph also satisfied fans nostalgic for The Karate Kid by playing himself in cameos on Entourage and How I Met Your Mother. Now, Ralph is fully immersed in the world of karate once again as a main character on Cobra Kai (this time, he has his own dojo).

One constant in Ralph’s long acting career has been his loving wife, Phyllis Fierro, 60! Ralph was only 15 years old when they met during a cousin’s birthday party in his grandmother’s basement in the ’70s, and they tied the knot in 1987. They share two children: their daughter Julia, 29, and a 25-year-old son named after Ralph’s iconic character: Daniel! Now, scroll through HollywoodLife‘s gallery above to see Ralph through the years in photos.