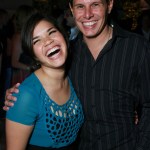 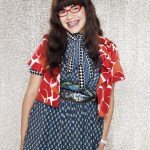 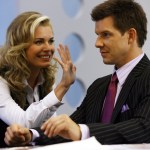 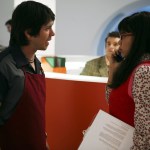 What a tragic way to begin 2020. ‘Ugly Betty’ creator and show runner Silvio Horta has reportedly taken his own life in a Miami motel room. He was just 45-years-old. We have five things to know about him.

This is just so sad. Silvio Horta, the talented creator, executive producer, show runner and head writer on ABC’s mid-aughts fashion comedy Ugly Betty has reportedly taken his own life in a suicide. Our sister site Variety reports that he was found on Jan. 7 in a Miami motel room dead from a self-inflicted gunshot wound. He was only 45-years-old. The popular show ran from 2006-2010 and centered around America Ferrera‘s Betty Suarez, who lands a job as an assistant at high fashion magazine Mode, but becomes the butt of jokes due to her lack of fashion sense or style. We’ve got five things to know about Silvio.

1. Silvio was a Miami native.

Cuban-American Silvio was born and raised in Miami, the same city in which he was found dead.

2. Silvio had an interest in writing and performing dating back to high school.

He wrote plays and was an actor in the International Baccalaureate Theater and Experimental Theater programs at Coral Gables Senior High in Miami. After graduating in 1992, he later went on to study at New York University’s prestigious Tisch School of the Arts, majoring in film. He wrote and starred in his student film, the 1998 horror flick Urban Legend, which turned out to be his big break.

The show only ran for one season on the UPN and centered around Jake Foley,  a computer technician for the N.S.A. who gets exposed to a serum that gives him super human powers.

4. Silvio was a Golden Globe winner.

Ugly Betty took home Best Television Series — Musical or Comedy at the 2007 Golden Globes and star America won Best Lead Actress in the TV Comedy category. “Like a lot of its characters and a lot of us up here right now, this show is an immigrant. And Betty is a testament to the American dream. The American dream is alive and well and within reach of anyone in the world who wants it,” he said in his speech, accepting on behalf of the show.

5. Silvio is being mourned by his Ugly Betty family.

Next to a photo showing them celebrating their 2007 Globes win, America Ferrera took to Instagram and wrote, “I’m stunned and heartbroken to hear the devastating news of Ugly Betty creator, Silvio Horta’s death. His talent and creativity brought me and so many others such joy & light. I’m thinking of his family and loved ones who must be in so much pain right now- and of the whole Ugly Betty family who feel this loss so deeply.”