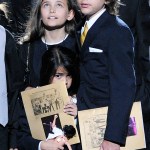 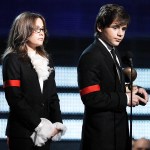 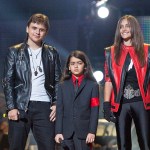 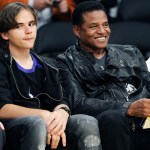 Prince Jackson turns 24 on Feb. 13, but he’s been in the spotlight ever since he was a young child because of his famous father, Michael Jackson.

Michael Jackson’s oldest son, Prince Jackson, is all grown up. The college graduate, who was just 12 years old when his father died in 2009, turned 24 on Feb. 13, 2021. Despite losing his father at a young age, Prince has thrived and become successful in his own right. In honor of his birthday, we’re taking a look back at how he’s grown up during his years in the spotlight.

Prince’s mom is Michael’s ex-wife, Debbie Rowe, who he married in 1996 while pregnant with Prince. Together, they also shared Prince’s younger sister, Paris Jackson, who is now 22. When Michael and Debbie divorced in 1999, the singer got custody of both kids. Prince also has a younger brother, Prince “Blanket” Jackson, now 18, who was born to an anonymous surrogate mother in 2002.

The Jackson kids were mostly kept out of the spotlight in the years that followed Michael’s death. However, in more recent years, Prince has been in the public eye a bit more. The 24-year-old still tried to live as normal of a life as possible, though, and even attended college at Loyola Marymount University in Los Angeles. He graduated in May 2019 with a bachelor’s degree in Business Administration.

These days, Prince is very passionate about his charity work. At the end of 2020, he worked with Heal Los Angeles and the Los Angeles Police Baseball Foundation to bring toys to children in need during the holidays. And, yes, he’s on Instagram, where he sometimes even shares photos and videos of himself!

“Prince lives a very low key life,” an insider told HollywoodLife EXCLUSIVELY in 2019. “If you met him, you would never in a million years know he was a rich celebrity kid. He’s so down to Earth.” Our source also confirmed that Prince “love” Harley Davidson motorcycles, which is also evident on his Instagram. Of course, he’s also super passionate about his dogs, and shares photos of the pups on social media quite a bit. Check out the gallery above to see how much Prince has grown up through the years!