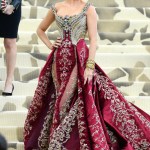 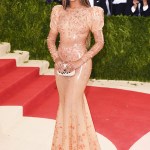 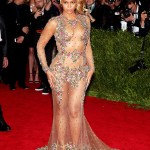 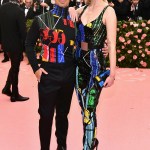 The 2021 Met Gala is officially happening & we have everything you need to know about the star-studded fashion event.

Buckle up people, because the 2021 Met Gala is happening and we could not be more excited. After a year hiatus due to the COVID-19 pandemic, fashion’s biggest night of the year is coming back strong this year. The Met Gala, also known as the Costume Institute Benefit will happen on Monday, September 13 at the Metropolitan Museum of Art in New York City. For the first time ever, the Costume Institute will have a two-part exhibit, the first one, “In America: A Lexicon of Fashion,” which is this year’s them, opens up on Sept. 18, 2021, and the second, “In America: An Anthology of Fashion,” opens up on May 5, 2022. This year’s Met Gala is sponsored by Instagram and hosted by co-chairs Billie Eilish, Timothée Chalamet, Naomi Osaka, and Amanda Gorman. Below, we have everything you need to know about the Met Gala.

What is the Met Gala?

The Met Gala is a charity event held once a year to benefit the Metropolitan Museum of Art’s Costume Institute in New York City. Officially started in 1948, the idea for the gala began when designers, Irene Lewisohn and Aline Bernstein, created a collection of over 8,000 costumes in the 1920s for other designers to be inspired by. The collection was then showcased at the Met in 1946, before publicist, Eleanor Lambert, who also created New York Fashion Week, started the gala in 1948 to raise money for the museum exhibit.

The Met Gala is usually held on the first Monday in May every year but since the pandemic took the world by storm, the 2020 gala was unfortunately canceled. A ticket to the gala can cost around $30,000 while a table can cost around a whopping $275,000. The guest list which includes, celebrities, singers, models, photographers, artists, designers, and more, is one of the most coveted lists to be on and not everyone is invited. If you are lucky enough to be picked by a designer to wear their clothes, then your invite is completely free of charge.

Since 1995, Vogue Editor-in-Chief, Anna Wintour, has been the organizer of the event while Andrew Bolton is the Head Curator of the Met’s Costume Institute. This year’s co-chairs include four young individuals all from different backgrounds.

Who gets invited to the Met Gala?

The invite list to the Met Gala is extremely hard to get on and the guest list is always kept top secret until right before the event, which makes it that much more exciting. However, top celebrities and designers are always in attendance at the fashion event, and celebrities that are buzz-worthy at the moment are usually expected to attend.

What is the dress code for the Met Gala?

The dress code at the Met Gala correlates with the theme and this year’s theme is “In America: A Lexicon of Fashion.” Each year, guests surprise and shock us with their outfits because the theme can be interpreted in a ton of different ways. Considering this year’s theme revolves around American fashion, we may see outfits ranging anywhere from American flags to stars and stripes, and more.

The theme of the 2019 Met Gala was “Camp: Notes on Fashion,” and the stars brought their A-game. The theme of camp means over the top and exaggerated, which is exactly how the celebrities dressed. Lady Gaga, who was the host of that year’s gala, arrived on the carpet in a head-to-toe hot pink ensemble by Brandon Maxwell. The voluminous fuchsia cape featured an insanely long train with a high neckline and ruffles on the bodice. She shocked everyone when she ripped off the cape, only to reveal a sequin black bra and matching underwear underneath.

The Met Gala always brings out the best fashion from everyone, so while it is definitely hard to choose the best dresses of all time, there are a certain few looks that have definitely stood out over the years.

Rihanna is of course at the top of our list. The singer always makes a statement on the red carpet and her yellow velvet gown designed by Guo Pei for the 2015 theme “China: Through the Looking Glass” may have been one of our all-time favorites. The train of the gown was so long, it took up the entire steps of the Met.

That same year, Beyonce slayed the red carpet when she arrived in a skintight sheer Givenchy gown that was covered in colorful floral embroidery and gems. The entire dress was see-through, showing off Bey’s incredibly toned figure.

In 2016, Claire Danes stole the show for the theme, “Manus X Machina: Fashion in an Age of Technology,” when she arrived in a strapless powder blue in Zac Posen dress. Claire was literally Cinderalla come to life as the dress had LED bulbs woven into it that completely lit up the dress in the dark.

Kendall Jenner looked drop-dead-gorgeous in her black La Perla Haute Couture gown at the 2017 gala for the theme, “Rei Kawakubo/Comme des Garçons: Art of the In-Between.” Her sheer black dress was completely transparent and featured a massive slash across the bodice that revealed her abs and waist. Covered in pretty rhinestones, the dress also had a plunging slit on the side that showed off her long legs.

How can we forget the dress Jennifer Lopez wore to the 2018 gala-themed, “Heavenly Bodies: Fashion and the Catholic Imagination.” JLo arrived in a stunning long-sleeve black Balmain gown with a massive, bedazzled blue and red cross against her bodice. The dress featured a huge slit on the side of her leg and a cutout at the neckline.

These are just five of the many gorgeous dresses that have been worn at the Met Gala over time and to see even more of the best Met Gala dresses of all time, click here.

What we are looking forward to at this years Met Gala

This year’s gala will look a bit different than galas in the past due to Covid. A spokesperson from The Met shared with PEOPLE, “Currently, all attendees at The Met Gala on September 13 must provide proof of full vaccination and will also be expected to wear masks indoors except when eating or drinking. We will update these guidelines as needed.”

Despite the precautions and new restrictions, we can still expect an exciting, fashion-packed event. While we don’t know for sure who is going to this year’s gala, the guest list is sure to be star-studded. According to Paige Six, there are claims that the guest list may possibly include, Beyonce, Rihanna, Kim Kardashian, Jennifer Lopez, Camila Cabello, and TikTok star, Addison Rae.

While we do not know who exactly will be on the list, we do know for sure that celebrity fashionista and style icon, Sarah Jessica Parker, will unfortunately not be in attendance, her representative has confirmed to HollywoodLife. The reason for SJP not attending is due to the fact that she’s filming her upcoming highly-anticipated Sex and the City spinoff, And Just Like That…