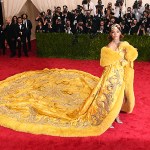 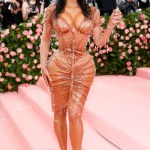 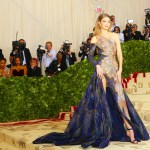 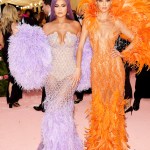 And just like that, Sarah Jessica Parker has confirmed that she will not attend this year’s Met Gala. Her longtime date Andy Cohen initially broke the news.

Whether in an extravagant gilded headpiece or punk-rock mohawk, Sarah Jessica Parker always opts for bold statement-making pieces at the annual Met Gala. Unfortunately, the actress and fashion favorite, 56, will not grace the red carpet at this year’s two-part American-themed exhibit at the Metropolitan Museum of Art in New York, her representative has confirmed to HollywoodLife.

After her longtime date Andy Cohen confirmed that he wouldn’t attend this year’s exhibit and suggested that his date would not, too, while on Access earlier this week, SJP’s rep has confirmed that the actress will be absent from the exhibit due to filming on And Just Like That…, the highly-anticipated Sex and the City revival set to air on HBO Max.

“She’s in production at present and unfortunately unavailable to attend at this point,” her rep confirmed to HL on Wednesday. (Andy said as much, telling Access that he is “taking the year off” since his “date is filming this year.”)

'And Just Like That': 1st Photos Of Chris Noth On 'Sex & The City' Revival Set 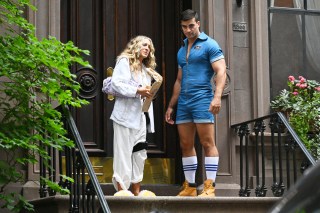 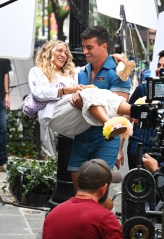 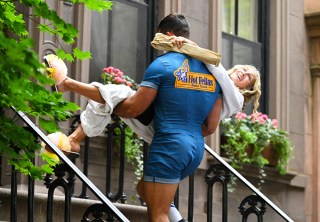 The revival began shooting in late spring in New York. The 10-episode series will follow SJP and returning cast-members Kristin Davis and Cynthia Nixon (and a notably absent Kim Cattrall) in their original roles as Carrie Bradshaw, Miranda Hobbes, and Charlotte York as they navigate life and friendship in their 50s. Other returning favorites include Chris Noth, John Corbett, and David Eigenberg.

As for this year’s Met Gala, the exhibit will return on September 13 with an American-fashion theme in two parts, separated by a year. The first exhibit will be called “In America: A Lexicon of Fashion” and explore American fashion, including sportswear and other contemporary designs. The second exhibit, In “America: An Anthology of Fashion,” will open May 2022 and “explore the development of American fashion by presenting narratives that relate to the complex and layered histories of those spaces,” per the press release, according to Page Six.

While typically held on the first Monday in May, this year’s Met Gala was pushed back due to the ongoing COVID-19 pandemic. It will be a “more intimate” benefit in the light of the pandemic.