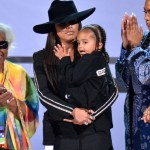 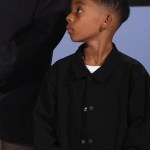 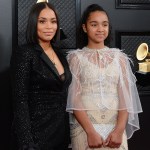 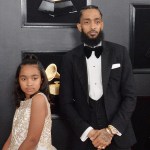 Actress Lauren London is the proud mama of two adorable sons, Kameron and Kross. Here’s everything to know about the ‘ATL’ star’s children!

Lauren Nicole London, 36, is the mother of two beautiful boys, Kameron Carter, 12, and Kross Asghedom, 5, whom she welcomed to the world with rapper Lil Wayne and the late rapper Nipsey Hussle, née Ermias Joseph Asghedom (Nipsey also has a daughter, Emani Asghedom, now under the custody of his sister). The music video star, model, and actress likes to keep things pretty low-key with her family, only posting about her boys to her social media on occasion, but when she does, fans can’t get enough of their sweet faces — and how much they resemble their dads!

Read more below about Lauren’s charming brood and see pictures of them below!

Kameron, born on September 9, 2009, is Lauren’s eldest son she shares with Lil Wayne. Although the actress doesn’t speak often about her former on-again-off-again relationship with the rapper, she did dish to Skin Deep author Kathleen Cross about how she and Lil Wayne met when she was 15 and had deep roots together. “We were in a relationship that didn’t make it. We tried more than once to revive it, and we were engaged briefly years ago, but we eventually parted ways,” Lauren revealed, per Essence. “My son’s father is an intelligent, loving, and lovable person who will always be a dear friend. That is all.” 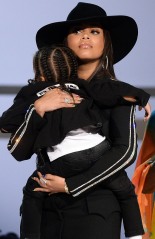 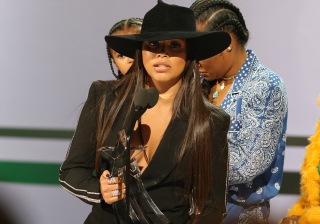 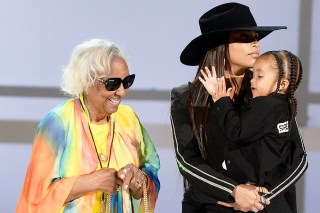 Lauren added that she and the other women with whom Lil Wayne shares children have managed to stay friendly, opting for peace over drama. “We are all good-hearted women who love our children and we want them to know each other,” she shared. “Real friendships have grown from that foundation, and the result has been more love, less drama, and less trauma for our kids.”

Having “less trauma” for her kids is definitely front-of-mind for Lauren as it relates to her son Kameron, considering how the 12-year-old is nearing his adolescence. On a 2020 episode of Red Table Talk, host Jada Pinkett Smith asked the mother-of-two about “raising two Black boys,” wondering what some of her “precautions” might be, considering the ongoing state of the world as it struggles with racial discrimination and police brutality. “What I instill in them is more about the police. How to handle yourself when you get pulled over,” Lauren said on the program. “That’s more of my education, protecting them being Black men in America.”

Kross is Lauren’s son she shares with the late Nipsey Hussle, who was shot and killed on March 31, 2019 at age 33 in front of his Marathon clothing store in Los Angeles, California. Kross was born on August 31, 2016, and Lauren continues to post adorable photos of the youngster — who so perfectly resembles his mother and father — to her Instagram account.

“Kross The Boss! 🏁” Lauren captioned a post of the 5-year-old on his birthday in August. The mom also called her son her “lighthouse” and “strength,” signing off the caption by calling him “BabyHussle.”

Although Lauren continues to grieve her late love, she still looks forward to caring for both Kross and Kameron in the best way she can, leading her boys toward a purposeful, optimistic life.

“We can’t stop, you know? We do have a purpose, all of us, and it’s important for my sons to see me moving forward with grief, not just curling up in a ball, because I curled up in a ball for a long time,” Lauren told Entertainment Tonight in April. “But especially for my eldest son because he’s just a little more aware […] but we will continue moving on as we had to, as he would want us to.”