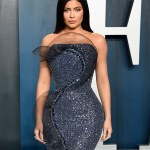 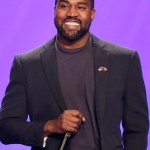 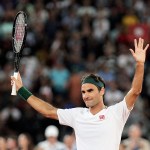 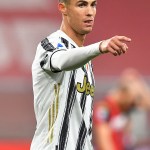 Kylie Jenner was named the world’s highest paid celebrity of 2020, beating out BIL Kanye West, and the rest of her famous sisters by millions! See who else made the list this year.

Kylie Jenner is the highest paid celebrity of 2020, according to Forbes. The Lip Kit mogul, 23, raked in an incredibly impressive $540 million before taxes after she sold 51% of her Kylie Cosmetics brand to the publicly traded company Coty, Inc. for $600 million in November 2019. Her place at the top of the prestigious list is world’s beyond anyone else’s earnings.

Sitting in second place is brother-in-law Kanye West, who earned an impressive $170 million,  between his Yeezy fashion line and his massive deal between Adidas and Yeezy sneakers. His real-time net worth is a cool $1.3 billion, according to Forbes. No other member of the KarJenner cracked the top 20 on the highest-paid celebrities list. Kim Kardashian, thanks to her mobile game, Keeping Up With The Kardashians, and her KKW Beauty and SKIMs brands, sits at 48th place with $49.5 million. Nothing to sneeze at!

Kylie was previously named the “youngest self-made billionaire” in the world by Forbes in 2019 and 2020. However, the outlet back-peddled on the title, in May 2020, accusing Kylie of faking her billionaire status by lying on tax returns and inflating the success of her company. Naturally, Kylie was incredibly frustrated by the accusations that were made against her, and put out a statement.

Kylie essentially clapped back at her critics moments after the story was published on May 29. “What am I even waking up to. i thought this was a reputable site,” she began. “All I see are a number of inaccurate statements and unproven assumptions lol. I’ve never asked for any title or tried to lie my way there EVER. period,” the she shared on Twitter.

She also went on to call out the publication for writing “‘even creating tax returns that were likely forged’ that’s your proof? so you just THOUGHT they were forged? like actually what am i reading.” But Kylie wasn’t completely put-off by the report, assuring her followers, “i am blessed beyond my years, i have a beautiful daughter, and a successful business and i’m doing perfectly fine.”

Despite the rocky relationship between the business magazine and Kylie, the Keeping Up With The Kardashians starlet is thoroughly enjoying the benefits of her business, brand, and work. Kylie purchased a luxurious mansion in the heart of Holmby Hills at the end of April. The $36.5 million splurge is Kylie’s biggest investment yet when it comes to real estate and she’s shown off her new digs all over her Instagram grid.

To see who else cracked the Top 20 on The Forbes Highest-Paid Celebrities 2020 list, like Ariana Grande, Dwayne “The Rock” Johnson, and Ryan Reynolds, scroll through the gallery above. You may be surprised at some of the honorees!