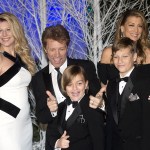 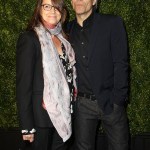 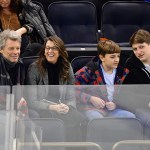 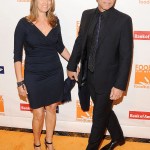 Jon Bon Jovi, real name John Francis Bongiovi Jr., needs no introduction. But here’s a brief one anyway: the rocker, 59, is a singer-songwriter, philanthropist, and actor best known as the front man of the famed rock band Bon Jovi, which formed in 1983. While the musician is most revered for belting out “Livin’ On a Prayer” and making appearances in films like Young Guns II, Jon Bon Jovi also boasts two other notable gigs: husband and father.

The musician has been married to wife Dorothea Hurley, a restaurateur and karate instructor, 58, since 1989. Together they share four children: Jacob Hurley, 19, Stephanie Rose, 28, Jesse, 26, and Romeo Jon, 17. In an interview with PEOPLE last October, Jon Bon Jovi and his wife revealed that they quarantined with all four of their children amid the pandemic, offering a sweet glimpse into the tight knit unit.

“For about a month, our whole family was intact. Then the big kids finally said, ‘We’re out,’ and made a run for it,” he joked. Dorothea added, “Our focus has always been family first and making sure that people are doing well. We like each other. We spent a lot of time together, and it was more than we have spent in many years, but it was nice.” Below is everything you should know about the longtime couple’s four children.

Jacob, referred to as mostly Jake, is one of Jon Bon Jovi’s three sons — and there’s no denying his uncanny resemblance to his famous father. At 19, Jake is a student at Syracuse University in New York. In 2018, Jake made headlines when he helped organize a national student walkout to protest against the government’s response of mass school shootings (or lack thereof) following the shooting in Parkland, Florida in February of that year. The teen last made headlines in June for his relationship with Millie Bobby Brown. The two never publicly confirmed their relationship, but they have been spotted holding hands in public.

Stephanie is Jon Bon Jovi and Dorothea’s one and only daughter. At 28, she works as a camera operator in TV. Per her IMDb, Stephanie has worked on the truTV and Comedy Central series Impractical Jokers. Stephanie has overcome her fair share of obstacles. While in college in 2012, she was arrested on drug charges following a suspected heroine overdose. The charges were eventually dropped, and Jon Bon Jovi addressed the incident not long after, calling it “human.” Per the Los Angeles Times, the musician told Fox 11, “It’s human,” later adding, “This tragedy was something that I had to face too so we’ll get through it. And people’s warm wishes for my family and I have been really reassuring. So, we’re good.”

Jesse is one of Jon Bon Jovi and Dorothea’s three boys. At 26, Jesse runs Hampton Water Wine Co., the rosé brand that he co-founded with his famous dad in 2017 not too long after he graduated from the University of Notre Dame. (Per his LinkedIn, he studied political science and government.) A collaboration with winemaker Gérard Bertrand, the brand was named Wine Spectator’s Top 100 Wines of 2018. In an interview with Thrive Global last April, Jesse opened up about the inspiration behind the rosé.

“We wanted Hampton Water to challenge the norms of the rosé market and shift perceptions that rosé was consumed by females, in warm weather months,” he said. “Our goal was to establish Hampton Water as the go-to year-round rose; a brand that challenged ‘traditional’ gender roles through our ‘Pink Bottle Boys’ brand extension. Real men drink pink!”

At 17, Romeo is the famed musician and his wife’s youngest child. He currently attends high school in Manhattan. In their interview with PEOPLE about life in quarantine, Jon Bon Jovi and his wife expressed excitement for their youngest to graduate, revealing that they are “definitely looking forward” to that empty nest life after raising four children. “I might finally get out of high school!” Dorothea said, adding, “Just not being stuck to a schedule and being able to travel [will be nice], but we like to see our kids. It’s not like we’re going to disappear.”

While his youngest son doesn’t appear to be on social media, Jon Bon Jovi shared a snapshot of him with Dorothea on Instagram back in March to wish him a happy birthday. “Happy 17th birthday Romeo!!!” the musician captioned. “Love, Mom and Dad.”