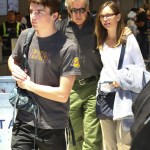 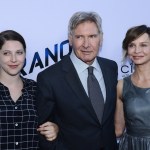 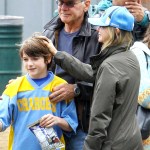 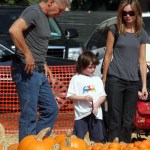 When he’s not saving the galaxy, Harrison Ford is a proud father of five children, including Ben, Willard, Malcom, Georgia, and Liam. Get to know his five kids here!

Actor Harrison Ford is known for leading some major film franchises like Star Wars and Indiana Jones, saving the world one mission at a time. But when Dr. “Indiana” Jones hangs up his iconic hat, he turns his attention to his family. The 79-year-old actor has been married three times and has four biological children, Ben, Willard, Malcom, and Georgia, plus one adopted child, Liam.

Find out more about his kids, from oldest to youngest below!

Ben, born Sept. 1967, is the first of two children Harrison shares with his first wife, Mary Marquardt. Harrison and Mary were wed from 1964 until their divorce in 1979. Ben turned out to be quite the accomplished chef and restaurateur, co-owning the gastropub Ford’s Filling station in Los Angeles, California. He also penned a book, Taming the Feast, which features step-by-step illustrations and photos for “cooking with fire and feeding a crowd.” Ben has two children, Waylon and Ethan, with his wife Emily. 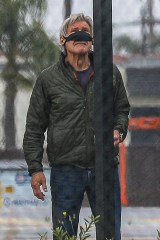 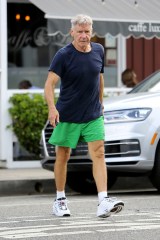 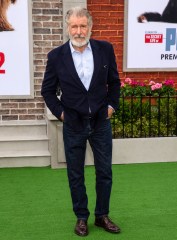 Harrison’s second child with Mary, Willard, was born May 14, 1969. Much like his brother, Willard became an entrepreneur in his own right, creating the Ludwig Clothing Company as well as the Strong Sports Gym. Unfortunately, due to the pandemic, Willard was forced to close the gym, writing, “With nowhere to turn we’re calling it quits,” in an Instagram post June 24, 2020. “Thank you all for your loyal patronage and friendship.”

Although the sports gym shuttered, Willard still has much to be grateful for, caring for two children, Guiliana and Eliel.

Malcom is Harrison’s third child, born October 3, 1987. Malcom is the first of two children Harrison shares with his second wife, the late screenwriter Melissa Mathison. Since Harrison likes to keep his family life pretty private, he tried to give his kids as normal a childhood as possible, with Malcom attending school in Jackson Hole, Wyoming.

Even with his semi-normal upbringing, Malcom still took a stab at show business, appearing in the flick Water to Wine (2004) and fronting the pretty successful indie band, The Dough Rollers. The band has worked with big names in the music industry like Jack White and Queens of the Stone Age. In conversation with Interview magazine in 2013, Malcom noted that he didn’t “grow up with music in the house” but became smitten with punk at an early age. “My mom would have Wagner on sometimes, but I got into punk music first,” he shared. “My first cassette was Green Jellÿ. That was the band I was really into.”

Harrison had another child with Melissa, a daughter named Georgia who was born June 30, 1990. Although she’s not as active in Hollywood as her dad, Georgia’s acted in a few films, including True Story and The Visitor. Harrison has been particularly open about Georgia’s experience with epilepsy, sharing with the Daily News, “She is joining me to thank FACES (Find a Cure for Epilepsy and Seizures).I admire a lot of things about her. I admire her talent, her strength. She’s my hero. I love her.”

He went on, “When you have a loved one who suffers from this disease, it can be devastating. You know how it affects their lives, their future, their opportunities and you want desperately to find mitigation. You want to find a way that they can live a comfortable and effective life.”

Harrison shares his fourth child, Liam, with current wife Calista Flockhart, 56. Harrison and Calista began dating after meeting at the 2002 Golden Globes and Harrison officially became Liam’s father (Liam was adopted by Calista before she met Harrison). The couple eventually tied the knot in 2010 and continue to care for their son who, for the most part, stays out of the spotlight. Liam is currently a full-time college student, as mom and dad were spotted dropping the then 19-year-old off at his liberal arts college in August 2020, People reported