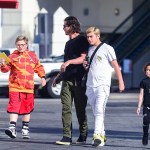 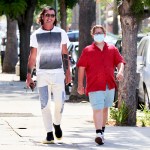 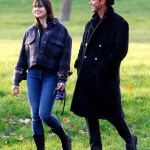 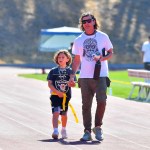 Bush singer Gavin Rossdale shares his three boys with his ex-wife Gwen Stefani and his daughter with designer Pearl Lowe. Learn all about Gavin’s kids here!

Gavin Rossdale, 55, has had a very successful and lasting career within the music industry. He rose to fame in the 1990s as the frontman of the British grunge band Bush, with whom he’s released eight full-length albums. Besides Bush, he’s also taken on a handful acting roles in films like The Bling Ring and Zoolander. He also released a solo album called WANDERlust in 2008. Other than his career, Gavin has dated a handful of high profile ladies, including Courtney Love for a few months in the 90s, model Sophia Thomalla, but most notably, he was married to Gwen Stefani, 51, from 2002 until 2015, with whom he had three sons. He also had a daughter from a very short relationship with designer Pearl Lowe, 51.

While Gavin and Gwen have a co-parenting situation, the “Glycerine” singer has really shown his love for his kids. During the beginning of the COVID-19 pandemic, he opened up about missing his boys in an interview with SiriusXM’s Trunk Nation. “It’s a tricky one for all divorced parents,” he said. “We do a lot of FaceTime. I find myself in my kids’ pockets a lot.” Find out more about all four of Gavin’s kids here!

Pearl Lowe had Gavin’s first child Daisy, 32, in 1989. It wasn’t revealed that Daisy was Gavin’s daughter until the singer took a paternity test in 2004. Gavin and Pearl had met when she was 17, and they’d been friends, but shortly after the DNA test revealed that the Bush vocalist was Daisy father, it made things “awkward,” via People. Gavin allegedly stopped talking to both Daisy and Pearl after he was found out to be the girl’s father, according to a 2007 report from People, but by 2009, Daisy was photographed taking a walk with Gavin and Gwen’s oldest son, per Metro. 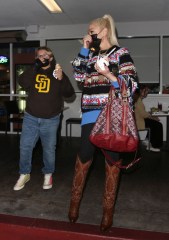 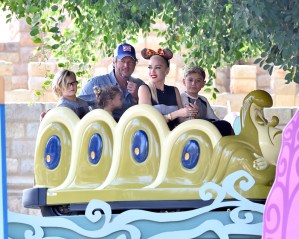 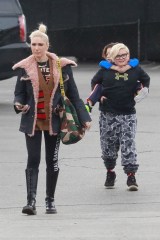 Daisy has gone on to have a very successful modeling career of her own. Like her dad, Daisy has also dated a few famous musicians. Her current boyfriend is English artist Jack Peñate. She also dated a Dr. Who actor Matt Smith for a few years, before splitting in 2014.

Gavin met Gwen when Bush toured with her alternative rock band No Doubt during the 1990s. The two eventually tied the knot in 2002, and their first son Kingston, 15, was born in May 2006. The “Hollaback Girl” singer announced that she was pregnant on-stage during a concert in Florida, via MTV News. “I want you to sing so loud that the baby hears it,” she shouted to concertgoers. The rocker’s teen son has shown an affinity for 90s alt-rock, and perhaps, he’ll follow in his parents’ footsteps and pursue a musical career. He wow-ed fans in September 2020, when he shared a video of himself covering Smashing Pumpkins‘ hit “1979.”

Gwen gave birth to the couple’s second son Zuma Nesta Rock Rossdale, 13, in August 2008. Zuma and his dad seem like they’re very close. He’s been seen out and about with Gavin on a few occasions, including one where the two seemed to have a bunch of outdoor equipment in hand and seemed like they were going to play. Of course, he’s also close with his mom, and The Voice coach took to her Instagram to share her excitement for Zuma’s 13th birthday.

Gavin had his last son with Gwen Apollo Bowie Flynn, 7, in March 2014. Rossdale revealed that Apollo’s middle names are taken from both his and Gwen’s mom’s maiden names, via USA Today. Apollo seems like he’s quite the tennis player, as the little one has been photographed hugging his dad out on the court. While all the kids are definitely close with their dad, Apollo, Zuma, and Kingston seem like they’re also tight with Gwen’s new husband Blake Shelton, and they’ve all been photographed together and reportedly are all a big happy family.