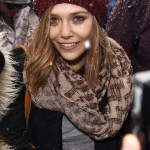 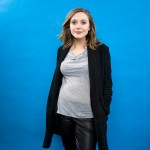 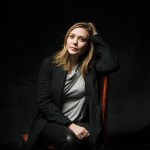 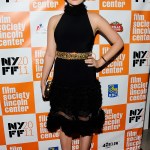 Today is Elizabeth Olsen’s birthday! To celebrate the ‘WandaVision’ star’s 32nd birthday, take a look back at photos of the actress through the years!

Long before she was a major Marvel star, Elizabeth Olsen was known as the little sister of the famous Olsen twins: Mary-Kate and Ashley. Of course, the actress has built an impressive reputation of her own. Elizabeth is one-half of the iconic Wanda Maximoff and Vision superhero duo from the Avengers film series. On the actress’ 32nd birthday, take a look back at how Elizabeth has transformed over the years!

Elizabeth got her start in acting by making cameos in multiple ’90s projects that starred her famous sisters: Our First Video, Olsen Twins Mother’s Day Special, The Adventures of Mary-Kate & Ashley and How The West Was Fun. She even appeared on a 1995 episode of their famous sitcom, Full House!

Elizabeth didn’t get her serious start in acting, though, until years later as a young adult. She was 20 and 21 years old when two movies in which she played the leading role — Silent House and Martha Marcy May Marlene — came out in 2011. Martha Marcy May Marlene was a hit at the Sundance Film Festival, earning Elizabeth nominations for a number of critics’ awards (six of which she won).

This set a great precedent for the rest of Elizabeth’s film career, which took off right as her older sisters were retiring from the business (Ashley’s last movie appearance was in 2009’s The Jerk Theory, while Mary-Kate’s was in the 2011 film Beastly). Indeed, it’s like the twins passed on the acting baton as they moved on to the world of fashion design. During this time, Elizabeth was also studying at NYU’s Tisch School of the Arts, from which she graduated in 2013.

Elizabeth went on to co-star alongside How I Met Your Mother actor Josh Radnor in the 2012 film Liberal Arts, and had a leading role alongside Dakota Fanning in the 2013 movie Very Good Girls. The younger Olsen entered a whole new realm of fame, however, when she made her debut in the Marvel Cinematic Universe as Wanda Maximoff (whose superhero alias is the Scarlet Witch) in a post-credits scene from the 2014 film, Captain America: The Winter Soldier.

Elizabeth then made her official Marvel debut in Avengers: Age of Ultron in 2015, and has reprised the role in multiple Marvel films: Captain America: Civil War, Avengers: Infinity War and Avengers: Endgame, and will do so again in 2022’s Doctor Strange in the Multiverse of Madness. Amid each of these Marvel movies, Elizabeth even starred in her own TV show called Sorry for Your Loss between 2018-2019.

And that leads us to Elizabeth’s most current project: WandaVision. Fans have been obsessing over each weekly episode of the Disney+ series. Unlike the past MCU films Elizabeth and Paul Bettany (who plays Vision) have starred in, this project is quite different — for starters, their characters are essentially living in a sitcom reality. Elizabeth even revealed if this means the series will include a “wink” at Full House.

Outside of acting, Elizabeth became romantically linked to musician Robbie Arnett in March of 2017. They reportedly got engaged in July 2019, and are still happily together. You can see more photos of the actress through the years in HollywoodLife‘s gallery above.