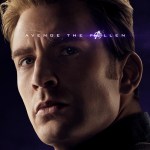 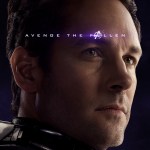 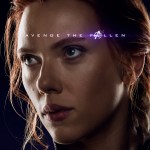 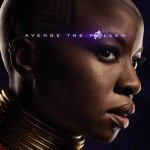 Every Marvel movie of the past 10 years has been building to ‘Avengers: Endgame.’ The ‘Avengers’ saga ends with a film full of memorable moments, game-changing surprises, and so much heart.

The Marvel Cinematic Universe kicked off with Iron Man in 2008 and no one could have expected that Marvel would be the behemoth it is today. Every single MCU film — 21 in total before Avengers: Endgame — have all been a major puzzle piece in what becomes Avengers: Endgame. The movie, the final Avengers film, picks up in the aftermath of Thanos wiping out half of the population with the snap of his fingers after obtaining all of the Infinity Stones. Every single Avenger left alive handles the loss of their loved ones differently. The survivors’ guilt is real for all of them but there’s one thing that’s ultimately never lost: hope.

The Avengers and the others left behind strive to find a way to save the people they love and the rest of humanity. Whatever it takes, they say. And that’s what they do. All of them go to great lengths to reverse Thanos’s snap. This gives us amazing team-ups of our favorite Marvel heroes. The fight this time around is more brutal than anything these heroes have ever seen and the stakes are even higher. There are consequences to their actions like never before. Sacrifices have to be made and that’s what makes Endgame so much more than just a superhero movie. Their hope comes at a steep price. It’s not as simple as beating the bad guy and calling it a day.

The performances from the main Avengers: Endgame cast, especially original Avengers Robert Downey Jr., 54, Chris Evans, 37, Scarlett Johansson, 34, Chris Hemsworth, 35, Mark Ruffalo, 51, and Jeremy Renner, 48, are exceptional. They’re just as invested in this story as Marvel fans. The characters they play have a part of their lives for a decade or more. There are a number of poignant scenes that showcase the incredible range of all the actors. Rest assured, you will cry watching Avengers: Endgame. But the actors also bring a great amount of humor to the table. The MCU movies have always had this magical way of giving us some of the best laughs amid all the action. Avengers: Endgame produces more laughs than any Avengers movie before it.

There are aspects of the film that are a bit confusing and will raise many questions. A second viewing is essential. Overall, this is an extraordinary film. Avengers: Endgame, directed by Joe and Anthony Russo, is a culmination of over a decade’s worth of storytelling. The word “epic” gets thrown around a lot these days, but Avengers: Endgame is the very definition of an “epic” film. In 10, 20, 30 years from now, we’ll look back and remember Avengers: Endgame as the movie that led the pack in the superhero genre and set the bar on the highest possible level.