It feels like yesterday when Destiny’s Child asked all the independent women to “throw your hands up at me.” Since the group announced their disbandment in 2005, the original four members — Beyoncé Knowles, Kelly Rowland, LeToya Luckett, and LaTavia Roberson – have taken very different paths. Most notably, Beyoncé has become one of the most successful and culturally significant music acts on the planet, but don’t think that fortune hasn’t favored the other members.

By now, Destiny’s Child’s story is well known: Beyoncé, Kelly Rowland, and LaTavia first met while part of Girl’s Tyme, a six-piece girl group in Houston. A poor showing on Star Search led to some lineup changes. Támar Davis and sisters Nina and Nikki Taylor were cut, with LeToya filling out the fourth sport. The group signed with Columbia Records in 1996, and they released their self-titled debut in 1998.

Their sophomore record, The Writing’s on the Wall, was their breakthrough, with hits “Bills, Bills, Bills,” “Say My Name,” and “Jumpin, Jumpin.” LaTavia and LeToya left the group and were replaced (briefly) by Farrah Franklin and then Michelle Williams. 2001 saw Survivor, and with that came “Bootylicious,” “Emotion,” and the title track. The group announced a hiatus later in the year, only to come back in 2004 for Destiny Fulfilled. The curtain fell on Destiny’s Child in 2005, but the group has been known to reunite on occasion. For those who are curious where destiny took all the members, here’s a look at what they’ve been up to:

Destiny’s Child went on their first hiatus in October 2001, but Beyoncé was already setting out on her own path by that time. In July 2002, she made her acting debut in Austin Powers in Goldmember, and in October, she released her debut solo recording alongside future husband, Jay-Z, on “’03 Bonnie & Clyde.” Her debut solo album, Dangerously In Love, arrived the following year. Destiny’s Child returned from hiatus to put out Destiny Fulfilled in 2004, but by then, Beyoncé’s star had already taken off.

As of 2020, Beyoncé has released six platinum-selling studio albums (including the groundbreaking Lemonade), acted in movies like Dreamgirls, Obsessed, and The Lion King performed what has been called the greatest headlining set at Coachella, and won 21 Grammys (and counting) for songs like “Single Ladies (Put A Ring On It),” “Drunk In Love,” and “Halo.” She has transcended into a living legend and has done so while starting a family with Jay-Z. Together, they have three children: daughter Blue Ivy Carter and twins Rumi and Sir Carter.

Former manager (and Beyoncé’s father) Mathew Knowles will be the first to say that Destiny’s Child didn’t break up – they simply retired in 2005. In that time, Kelly Rowland has been hard at work, making her name as a solo artist. After the first hiatus, she teamed with Nelly to release “Dilemma,” her chart-topping debut solo recording. The Billboard Hot 100 No. 1 was the lead single from her debut solo album, 2002’s Simply Deep. As of 2020, she’s released four solo albums and has sold over 40 million records worldwide. Like Beyoncé, she’s branched out into film, appearing in movies like 2003’s Freddy Vs. and 2012’s Think Like A Man. She’s also become a beloved television personality/actor, appearing on everything from The X Factor to BET’s American Soul. In Oct. 2020, she and Tim Weatherspoon announced they were expecting their second child together. 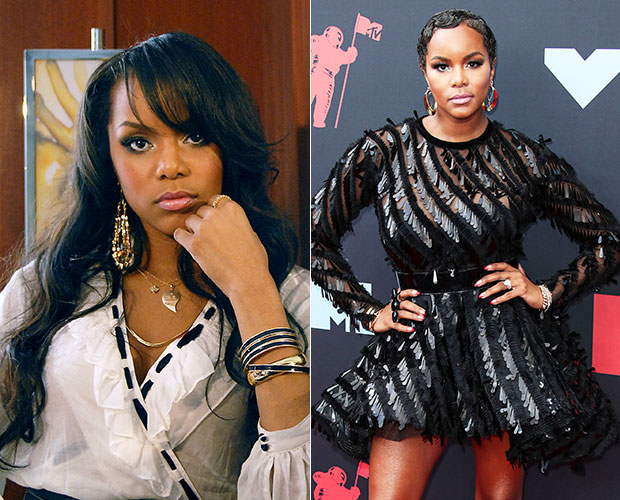 In 1999, Destiny’s Child OG LeToya Luckett left the group after clashing with the band’s manager. She signed with Capitol Records in 2003 and released LeToya in 2006. She struggled to get her solo album off the ground, but it was worth it. It debuted at the top of the Billboard 200, making her and Beyoncé the only former Destiny’s Child members to do such a feat. She released two more albums – Lady Love and Back 2 Life – before finding success as an actress. LeToya has appeared in movies like 2003’s Preacher’s Kid and 2016’s Lucky Girl. She’s mostly known for her television work, landing roles on Treme, Ballers, and, most recently, Greenleaf. In 2017, she married Tommicus Walker. They welcomed their first child, daughter Gianna, in 2019, and their second, son Tysun, in 2020.

LaTavia Roberson exited Destiny’s Child along with LeToya Luckett. The two attempted to launch a group called Anjel, but the project never really took off. After that, LaTavia attempted to work on a solo album, appearing on a Young Sween track (“Swagga Check”) in 2009. She began acting on stage, appearing in plays like 2008’s Those Jeans, 2013’s How to Love, and Not My Family. She joined the cast of R&B Divas: Atlanta for season 3 in 2014 and appeared in But Deliver Us From Evil in 2017. She released her first solo song that year, “Best Time of Your Life,” and announced she was working on a biography. She and producer Don Vito have started a family together. She gave birth to her daughter, Lyric, in 2013, and they welcomed a son, Londyn, in 2019.

Singer Farrah Franklin joined Destiny’s Child alongside Michelle Williams after LaTavia and LeToya’s departure. Farrah – who first worked with the group as an extra in the “Bills, Bills, Bills” video – was only with the group for about five or six months. Despite this short tenure, she appeared in the video for “Say My Name,” and contributed vocals for tracks on their album, Survivor. After her departure, she attempted to launch a solo career. From 2008 to 2020, she’s released a handful of singles — including her single EP Push Up On Me with Maino. She has also found success as an actor. She’s been in Eyes of Darkness, Single Black Female, and Rated ATL. Though she has hit the occasional rough patch, by 2020, she was healthy and happy with her life.

Michelle joined Destiny’s Child for its last run as a three-piece. Though technically not an original member, it would be a mistake not to note her accomplishments since the group retired. She has released four albums, three of which fall under the gospel genre. In 2003, she also started her acting career, portraying the Broadway play Aida’s title role. She has continued her stage career – acting in plays like Chicago, Fela!, and A Snow White Christmas – while also appearing as herself on  RuPaul’s Drag Race, Fox My Choir, and the eighth season of Strictly Come Dancing. She’s also landed roles like and Naomi Dawson in 2006’s Half and Half. She also portrayed Diana Ross on BET’s American Soul,