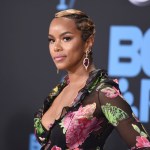 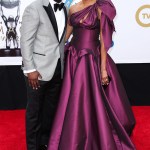 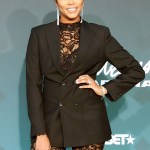 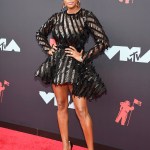 Twenty years after LeToya Luckett left Destiny’s Child, she revealed the struggles she faced immediately afterward her exit, including homelessness and surviving on nothing but water and cheap noodles.

“I’m not gonna lie to you, after [Destiny’s Child], I didn’t know what I wanted to do,” LeToya Luckett said during an Aug. 30 Instagram Live session. Letoya, 39, was part of the group in its early years, finding success with songs “No, No, No” and “Bills, Bills, Bills.” LeToya exited the group in 1999 after clashing with the band’s manager, Matthew Knowles. Though she’s since gone on to find success as an actor, LeToya said that those first few years post-DC were rough. “I was about eighteen-years-old,” she said during the IG Live sessions. I hadn’t lived as a normal teenager. I hadn’t gone to college. Even coming out of that, I wasn’t the most secure person because I was so used to having a ‘team’ mentality to think of going out on my own was terrifying.”

“During my journey, I was staying at people’s houses,” LeToya said during the IG Live session. “I’ve never told these stories before. … I slept in a car in L.A. while I was making my first album. Not a lot of nights, but you know what I’m saying?” When she wasn’t crashing at a friend’s house or spending a night in her car, LeToya was living at an extended-stay hotel and surviving on nothing but cheap noodles and water. “I was drinking a gallon of water and buying the microwavable oodles of noodles,” she said while wiping away tears, remembering how she used to cook them “on a coffee pot at the hotel.”

“The thought of singing made me angry,” LeToya said earlier in the interview. “I didn’t believe I had a voice. I didn’t believe I could sing. I didn’t believe I could return to the music industry. To make a long story short, after surrendering and getting to know God on a whole other level — I learned to surrender, get out of my own way, stop living in fear and allow Him to direct my path.” LeToya did find success, post-DC, as a singer. Her solo debut album, LeToya, topped the Billboard 200 in 2006 and was certified platinum by the RIAA that year. Her follow-ups – 2009’s Lady Love and 2017’s Back 2 Life – also charted on the Billboard 200, but failed to replicate the success of that first album. However, don’t cry for LeToya: she has since found in front of the camera instead of behind a mic.

LeToya’s acting career took off in 2010 after landing the leading role in Preacher’s Kid. Since then, she’s appeared in films like Note To Self, Drumline: A New Beat, and Lucky Girl. She’s also been featured on television shows like Single Ladies, T.I & Tiny: Friends & Family Hustle, and Greenleaf. There also seems to be no bad blood between LeToya and at least one member of Destiny’s Child. In 2018, Beyoncé reunited with her former bandmate, and the two took a picture together, rubbing the then-pregnant LeToya’s baby bump. Speaking of pregnancies, LeToya announced in March that she and husband Tommicus Walker are expecting Baby No. 2.