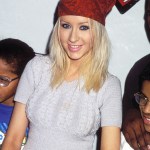 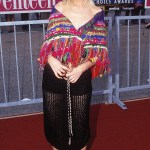 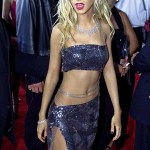 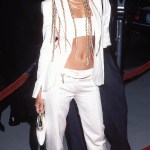 Christina Aguilera is one of the world’s best-selling artists, but she didn’t reach that achievement over night. Take a look back at the singer’s incredible transformation from her ‘Genie In A Bottle’ days to now!

Christina Aguilera is known around the world for having one of the biggest voices in the music industry. The Grammy-winner has achieved international fame and crossed genres from soulful ballads to major pop hits. Over the years, the singer’s image has matured and transformed through different eras of her music. Now, we’re taking a look back to see how it all began!

Christina’s star began to rise when she joined the cast of The Mickey Mouse Club in the early ’90s. The young star was among a talented group of kids who went on to have flourishing careers as adults, including Justin Timberlake, Britney Spears, and Ryan Gosling. Once the show wrapped, Christina was ready to begin her solo career as an artist and landed a coveted job with Disney, recording the song “Reflection” for their 1998 animated film Mulan.

From there, Christina’s star continued to rise. In 1999, her single “Genie In A Bottle” climbed the charts and established Christina as a teen pop sensation. Her career took her to completely new places as an artist, and after her 1999 self-titled debut album, she began to experiment with her music and style. 2002’s Stripped featured Christina in a whole new light, with songs like the moving ballad “Beautiful” and the raunchy “Dirrty” featuring Christina’s full range of talent.

Since then, Christina has released four more albums — with a total of eight, including a Christmas album, in her discography. The Grammy-winner went on to continue to play with the sound and style of her music, debuting electronic tunes like “Not Myself Tonight,” while also collaborating with bands like A Great Big World for tracks like “Say Something.” But it hasn’t only been the music arena where Christina has thrived.

The singer has also dabbled in acting. Her most notable role came in 2010 when she starred alongside Oscar-winning actress Cher for the movie Burlesque. As for her awards recognition, Christina has earned five Grammy Awards, including Best New Artist in 2000, MTV Video Music Awards, Billboard Awards, a star on the Hollywood Walk of Fame and so many more.

In her personal life, Christina is a mother to her 12-year-old son Max Liron Bratman, whom she shares with her ex-husband Jordan Bratman, and six-year-old daughter Summer Rain Rutler, whom she shares with fiancé Matthew Rutler. Christina has come such a long way since her Disney days and we cannot wait to see all of the things she continues to accomplish in the future. To see more photos of Christina through the years, check out the gallery above!