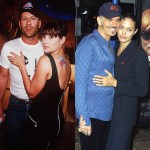 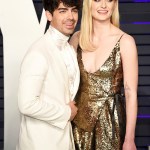 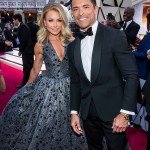 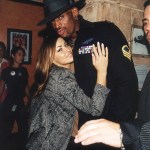 You’d be surprised about how many celeb weddings that have gone down at the Little White Chapel in Sin City. From Joe Jonas and Sophie Turner, to Kelly Ripa and Mark Consuelos, we’ve rounded up the best quickie Vegas weddings!

For some wild reason, Hollywood’s hottest couples love getting hitched in Las Vegas! Sin City has been the destination of nearly a dozen high-profile weddings — most of which have not lasted. But, the unions that have weathered the test of time have one epic wedding story to share for many years to come. Take a look through our attached gallery to see all of the star couples who’ve tied the knot in quickie weddings in Last Vegas!

One celebrity wedding that survived Vegas is Kelly Ripa and Mark Consuelos‘. The couple eloped on May 1, 1996, and they  celebrated their 23rd wedding anniversary on that date in 2019. Kelly and Mark, who met on the set of the soap opera All My Children (and played lovers on the show), share three children together — Michael Joseph, Lola Grace, and Joaquin Antonio. The pair is known for their flirtatious exchanges on social media, and they’re often referenced as one of the most solid couples in Hollywood.

Joe Jonas and Sophie Turner are the latest couple to say “I do” in front of an Elvis Presley impersonator. The singer and the Game of Thrones actress tied the knot in a shotgun wedding after they attended the Billboard Music Awards on May 1, 2019. Their quickie wedding, which was serenaded by country duo Dan + Shay, only came to light because Diplo live-streamed the whole thing. Joe’s brothers, Nick and Kevin Jonas, served as groomsmen. Meanwhile, Sophie opted for a non-traditional white outfit for her nuptials, which included white pants and a matching top. She did, however, rock a traditional veil.

Sadly, there are some couples who didn’t get their happily ever after following their spontaneous Vegas nuptials. Former lovers including, Angelina Jolie and Billy Bob Thornton and Cindy Crawford and Richard Gere are just two of the many pairs who wed in Vegas that ended in divorce. Relive all of the celebrity weddings in Sin City in our attached gallery!