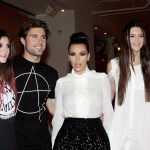 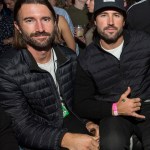 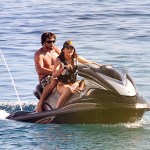 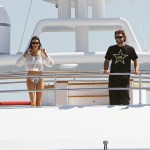 While some of his step-siblings have become reality TV icons, Brody Jenner has been a fixture on reality TV for years. Find out more about all of Brody’s siblings and step-siblings.

Brody Jenner, 38, has been a reality TV fixture for over 15 years. The son of Olympic athlete Caitlyn Jenner (who was still going by Bruce, when he was born) and songwriter Linda Thompson, Brody made his debut in 2005 as the star of The Prince of Malibu. He also gained more attention when he dated The Hills star Lauren Conrad in 2007, and became a cast member on the iconic reality series. Of course, his half-siblings: the Kardashians have built their own reality TV empire with Keeping Up With The Kardashians. Keep reading to find out more about all of Brody’s siblings and step-siblings.

Brody’s oldest sibling is his half-brother Burt, 43, who was Caitlyn’s son from her first marriage to Chrystie Scott. Burt is a professional truck racer, a passion that started when Caitlyn took him go-karting as a little kid. Burt has two sons of his own: Bodhi, 5, and William, 2. Both of his kids are with his girlfriend Valerie Pitalo, who announced that she’s expecting their third child in August, via Page Six.

Brody also has an older half-sister from Caitlyn’s first marriage in Cassandra Marino, 41. Casey mostly stays out of the spotlight, but she has come forward to speak about her famous dad on a few occasions. Cassandra is married to Michael Marino and has three children: Isabella, Francesca, and Luke, according to The Sun. 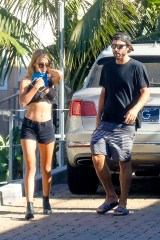 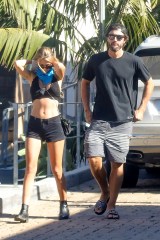 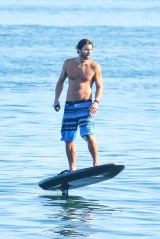 After Caitlyn and Chrystie split up, the Olympic gold-medal winner married songwriter Linda Thompson. Before Brody was born in 1983, the pair had Brandon, 40, in 1981. Brody’s big brother is an accomplished musician, having played with his ex-wife Leah Felder under the name Brandon & Leah. The band effectively broke up in 2018, when the couple separated, but Brandon has kept releasing music on his own, and he’s now married to Cayley Stoker, whom he has twin sons Bo and Sam with. He shares a daughter Eva with his ex-wife. While music may be Brandon’s main focus, he was also an integral part of his brother’s early reality TV career, co-starring with him in The Prince of Malibu.

Brody also has two more half-sisters from Caitlyn’s third marriage to Kris Jenner. The first half sister born out of that marriage was Kendall Jenner, 25. Kendall is a model and followed the family’s path to reality TV stardom through appearances on Keeping Up With The Kardashians. Kendall is an incredibly successful model, and she also has her own fair share of business ventures as the founder of 818 Tequila and a designer.

While Brody and Kendall will always be siblings, it seems the pair may have a somewhat strained relationship. When Brody tied the knot with his ex-wife Kaitlynn Carter in 2018, Kendall and Kylie didn’t attend the ceremony, and he claimed they didn’t RSVP to the wedding. While there may have been some drama, Brody has shown that some of his big brother instincts have shown with Kendall. He told a friend to “go f**k [himself]” when he asked for Kendall’s number, because she was “ridiculously hot” in 2018.

Brody’s other half-sister Kylie, 24, is also a successful entrepreneur and fashion icon. Like Kendall, Kylie rose to prominence by appearing on Keeping Up With The Kardashians, and she’s been able to turn her reality career into a billion-dollar business, when she started the brand Kylie Cosmetics.

While still family, a source close to Brody told HollywoodLife in 2019 that The Hills star had a strained relationship with the Kardashian family, and difficulty connecting with Kris made relationships with Kendall and Kylie harder. “Brody had a lot of trouble building a relationship with Kris which was also a factor and another reason why the relationships are all strained. He feels he tried everything with the family. He’d love to have a relationship with his younger sisters deep down, but it’s really hard when he feels the way he does about their mom and dad. It’s really sad,” the source said at the time.

Through his dad’s marriage to Kris Jenner, Brody also gained three step-siblings, who should be very familiar. His eldest step sister is Kourtney Kardashian, 42. The siblings came from Kris’s earlier marriage to lawyer Robert Kardashian, who she divorced in 1991. Robert later passed away in 2003. Kourtney was a star of KUWTK and has starred in other reality TV shows like Kourtney and Khloé Take Miami and Kourtney and Kim Take New York. She’s also partnered alongside her sisters for business ventures like a clothing line with Bebe, and she’s been a spokesperson for the brand PerfectSkin. She also has a lifestyle website called Poosh.

Unfortunately, it seems like Brody and many of his step-sisters don’t have very strong relationships, as the source revealed to HollywoodLife in 2019 and mentioned that The Hills star “holds on to a lot of hurt feelings and resentment towards the Kardashians.”

Brody’s next step-sister is Kim Kardashian, 40. Other than starring in KUWTK, Kim has proven herself to be a very successful businesswoman, starting the brands KKW Beauty and KKW Fragrances. She was also married to rapper Kanye West from 2014 until they separated in January 2021, and they share four children. Unfortunately, Kim’s wedding to Yeezy was a point of contention in the Kardashian clan’s relationship with Brody. “Brody still feels like the family never fully accepted him and one of the final straws was Kim not extending an invitation to now wife, Kaitlynn Carter [note: Kaitlynn and Brody are now separated], to her wedding to Kanye West,” a source told HollywoodLife in a 2019.

Brody’s last step-sister is Khloé, 37. Like her sisters, Khloé is a fashion and reality icon. Other than KUWTK, Khloé has appeared on other reality shows like The Celebrity Apprentice and The X Factor, which she co-hosted for season 2. Khloé has also starred in her own shows like Kocktails with Khloé and Revenge Body With Khloé Kardashian.

Brody also has a step-brother in Rob Kardashian, 34. Like his sisters, Rob has starred in a number of reality shows other than KUWTK. He competed and came in second place during season 13 of Dancing With The Stars. He was also the star of the short-lived reality show Rob & Chyna, which followed him and his then-girlfriend Blac Chyna, as the pair prepared for the birth of their daughter.