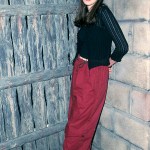 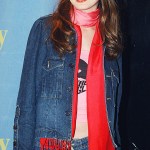 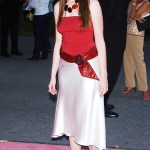 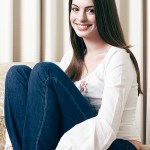 Happy birthday, Anne Hathaway! The stunning actress turns 38 years old today, and to mark the occasion, we’re taking a look back at Anne’s transformation from princess to queen of the silver screen!

It’s Anne Hathaway‘s birthday! Today, November 12, the beloved actress turns 38 years old, and we cannot believe everything that Anne has accomplished over the course of her career. Anne has truly conquered nearly every facet of film. She can do comedy, drama, musicals, and has an Oscar to boot! To celebrate Anne’s birthday, we’re looking back on her marvelous career and everything she’s accomplished.

Longtime fans of Anne know her best as an early aughts Disney darling. In 2001, the actress got her big break as Mia Thermopolis in The Princess Diaries. Anne starred opposite living legend Dame Julie Andrews — no pressure, right? — in the movie, and went on to reprise her role in the 2004 sequel. That same year, Anne stole audience’s hearts as Ella in Ella Enchanted. But a few short years later, Anne would shed her innocent Disney persona for far more mature roles.

In 2006, Anne played Andy Sachs in the film adaptation of The Devil Wears Prada opposite Meryl Streep. By 2007, she took on the role of celebrated author Jane Austen in Becoming Jane and flaunted her comedy chops in 2008’s Get Smart. 2008 was actually a huge year for Anne. She earned her very first Oscar nomination for Best Performance by an Actress in a Leading Role for the independent feature Rachel Getting Married.

Anne followed up her Oscar-nominated work with romance films like One Day and Love & Other Drugs before taking on the coveted role of Selina Kyle, aka Catwoman, in The Dark Knight Rises. That same year, Anne wowed audiences and critics alike with her vulnerable performance as Fantine in the movie musical Les Misérables. For her transcendent performance, Anne won the Oscar for Best Performance by an Actress in a Supporting Role at the 2013 Academy Awards.

Since then, Anne has added comedies, romances, and dramas to her incredible filmography. And while there’s no doubt that she’s curated an incredible list of credits and has a respected career, her personal life has flourished, as well! Anne married her husband, Adam Shulman, in 2012. The couple have two sons together — Jonathan Rosebanks Shulman, 4, and Jack Shulman, who turns one this month! It’s amazing to see all that Anne’s accomplished in her life and career, and we know she’s just getting started! Take a look through the gallery above to see more photos of Anne Hathaway through the years.