Anne Hathaway may have won an Oscar for her portrayal of doomed Fantine in the 2012 film adaptation of Les Miserables, but it came at a price. Not only did she have her gorgeous long hair hacked off on film as her character needed to sell it after becoming destitute, she also lost a drastic amount of weight as Fantine slowly died of tuberculosis. Now she’s revealing how her 25 pounds weight loss made her “really sick” and it took her a body and mind long time to recover from the near starvation diet.

“I’d lost an unhealthy amount of weight in two weeks,” Anne, 36, tells PEOPLE in their latest issue. “I didn’t know anything about nutrition. I taxed my body, and my brain bore the brunt of it for a while. I just felt very anxious and very lost at that time.” The 36-year-old revealed to Vogue after filming that she lost 10 pounds via a strict cleanse before cameras rolled then another 15 by eating two thin squares of dried oatmeal paste a day for two weeks as her character grew closer to death. “That weight loss was not a long-term good thing for my health, and it took a really long time to come back from it,” she says. “And I was still really sick because of it.”

Between the taxing role that strained her body and mind and changes in her personal life, Anne wasn’t able to enjoy all of the success  — including her Oscar win — that came with her celebrated performance. “I had just turned 30. I had just gotten married,” Anne recalls. “Even the most positive thing can be upheavals to your identity. So to just have this moment and not really know who I was — and the moment when you just feel like you’re on display — it wasn’t a comfortable feeling. And I didn’t do what I hoped that I would if I ever found myself in that moment.” 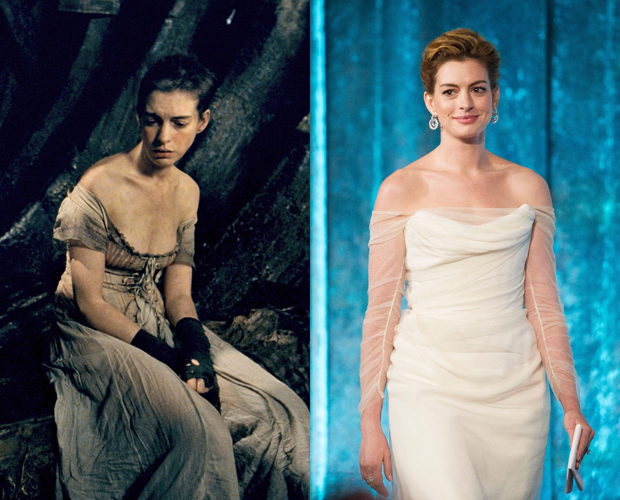 Anne, who currently stars in the thriller Serenity, reveals she was ultimately able to move on from the experience. “Life went on beyond it,” she says. “I feel much emptier now. It would have been nice if had happened then, but I’ll still take it.” Anne is married to producer Adam Schulman and mother to their two-year-old son Jonathan.

Related: ‘Princess Diaries 3’ In The Works At Disney: Everything We Know About The New Sequel