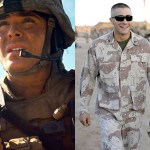 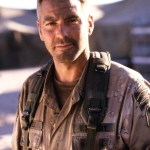 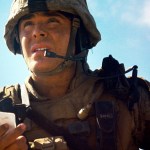 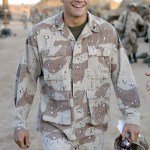 For Veterans Day 2020, we’ve rounded up a list of actors who’ve played men serving our country in movies. See Zac Efron, Jake Gyllenhaal and more as their soldier characters here!

It’s Veterans Day, a day of reflection, remembrance and a day to think of all of those who have served in the armed forces during times of war and peace. Over the course of history, countless men and women have made sacrifices by serving the United States. As such, films have tried to capture their stories and pay homage to the countless veterans who have offered so much. Now, we’re taking a look at some of the actors who have embodied them in the movies.

After shedding his Disney persona, Zac Efron began taking on grittier, more mature roles to build up his career. In 2012, the High School Musical alum starred in the Nicholas Sparks picture The Lucky One. In the film, Zac played U.S. Marine Sgt. Logan Thibault, who comes home after a third tour of duty in Iraq. He returns to the states in search of an unknown woman from a photograph — a picture, he believes, that kept him alive through his darkest moments.

Years prior to Zac’s turn in the romantic war film, Ben Affleck and Josh Hartnett starred in the 2001 epic Pearl Harbor. Both men were in their prime when they filmed the movie, and they both had their chance to be the hero throughout the film. The film tackled everything from the devastating attacks on the Hawaii naval base, to the love triangle that Ben, Josh, and Kate Beckinsale‘s characters found themselves wrapped up in.

War didn’t play a huge role in The Notebook, but audiences still got glimpses of both Ryan Gosling and James Marsden in their World War II era uniforms. Speaking of more Nicholas Sparks movies, Channing Tatum also played a soldier in the romantic film Dear John, and his character’s time in the army was central to the story.

Then, of course, there was Jake Gyllenhaal‘s rousing performance in the 2005 film Jarhead. Jake completely transformed for the part of real life veteran U.S. Marine Anthony Swofford for the film adaptation of his 2003 memoir. Jake was positively infectious in the blistering film, and his performance further proved that he could handle drama and comedy with effortlessness.

There’s more where those performances came from, too. From Brad Pitt in Fury, to Bradley Cooper in American Sniper, a number of the hottest actors working in Hollywood have taken on roles as soldiers. Check out the the gallery above to see more!