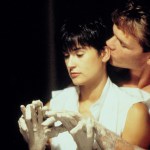 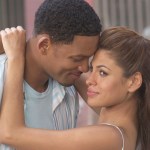 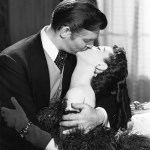 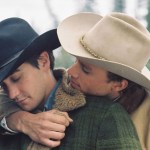 Pull your beloved close because it’s National Kissing Day! To celebrate the occasion, we’re puckering up and looking back on some of the hottest movie kisses ever — from ‘The Notebook,’ to ‘Ghost,’ and more!

Remember how you felt the first time you watched Ryan Gosling lift Rachel McAdams into the air for their kiss in the rain? How about the time Emma Watson and Rupert Grint finally locked lips after nearly a decade? Are you still trying to find someone to hang upside down for a kiss like when Tobey Maguire surprised Kirsten Dunst on screen? So many kisses, so little time! A movie kiss can be all sorts of things, from weird and wacky to totally sexy and surprising. Since it’s National Kissing Day, we’re celebrating some of the hottest kisses that have ever been featured in movies. Some of these kisses will warm your heart, and others will have you longing for more!

First, let’s start with what we’re sure we can all agree was hands down the best on-screen kiss ever shared between two human beings. In 2004’s The Notebook, Ryan Gosling and Rachel McAdams’ characters, Noah and Allie, spend an afternoon together after years apart. Their chemistry is out of this world, and you can feel the sexual tension between them just palpitating from the screen. When Allie can’t take it anymore, she finally confronts Noah about why they didn’t stay in touch. It starts raining as they argue, and just as Allie is about to fire back at Noah, he rushes over to lean in and kiss her before she can say a word. The kiss is deep, powerful, and it gets even better when Noah’s strong arms lift Allie up for that iconic image! We’re swooning just thinking about it.

Over a decade later, another young, onscreen couple took the mantel for one of the best movie kisses of all time, Kiki Layne and Stephan James ignited the screen with their love in Barry Jenkins‘ Oscar-winning film If Beal Street Could Talk. As the love-struck young couple, Tish and Alonzo prepared to become parents in early ’70s Harlem. James and Layne’s respective performance palpitate with the love at the center of the film, and each time they kiss, it’s captured so beautifully and intimately. It’s movie magic! But the best movie kisses didn’t just happen in the last 20 years. Now it’s time to bring it back to the ’90s, when a little movie called Ghost came out starring Patrick Swayze, an international sex symbol of the time. Upon returning to his beloved Molly (Demi Moore), Swayze’s Sam puts his arms around her while she is making pottery. It’s one of the most iconic scenes from the film and lands Swayze and Moore in a lip lock that’s been remembered for years since! Of course, without some inspiration from classic movies we wouldn’t have these moments. A film like Gone with the Wind offered one of the most romantic moments of Classic Hollywood. Rhett (Clark Gable) and Scarlett (Vivien Leigh) are constantly at odds with one another throughout the epic about the romanticized Civil War south. But throughout the film, their passion overtakes them and they kiss a number of times, with their most iconic lip lock coming against a red tinted sky with their faces painted in shadow.

To check out even more amazing movie kisses, check out the gallery above! Don’t worry, we’ve included some pretty sexy lip locks: including scenes from Casablanca, Breakfast at Tiffany’s, Brokeback Mountain, and many, many more.