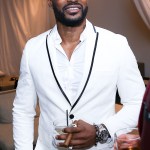 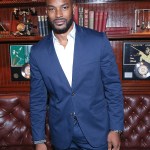 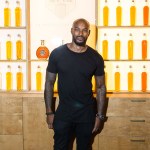 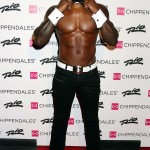 Bio:
Tyson Beckford (born Dec. 19, 1970 in Rochester, New York) is an American supermodel and actor. He was recruited by Ralph Lauren as the front model for the company’s polo line in 1993. He quickly rose to the top of the fashion world, and was named “Man of the Year” in 1995 by VH1, and one of the “50 Most Beautiful People in the world” by People magazine. Tyson co-hosted both seasons of the Bravo show, Make Me a Supermodel, judging and mentoring the contestants. He participated in Fox’s dating game show, The Choice in 2012. Tyson also played himself in the 2001 film, Zoolander.

Best Known For:
Tyson is best known as a Ralph Lauren Polo model.

Personal Life:
Tyson has a son, Jordan Beckford, who was born in 1988, from a previous relationship with celebrity stylist, April Roomet, who stars on Candy Girls. Tyson has also been romantically linked to Australian model Shanina Shaik. He is an ambassador for non-profit organization Kick4Life, which advocates for youth in Lesotho receiving holistic care through playing soccer.

The ‘Special’ singer played a beautiful runaway bride who finds the model in the brand new music video for her latest single.

Supermodel Tyson Beckford just launched his own cologne — Orion Skye — but it may be a while before he actually gets to wear the sexy new scent on a date.

Tyson Beckford is not stepping down from his feud with Kim Kardashian. He’s trolling her by placing an eggplant emoji in her open mouth from a racy selfie she shared.

Kim Kardashian got super candid in the first part of her two-day interview with Big Boy this morning on Real 92.3, and blasted Tyson Beckford after he body shamed her.

Tyson Beckford is continuing to troll Kim Kardashian hard after she seemed to hint he was gay for not liking her body. We’ve got his latest epic diss telling her to ‘hit the gym, not the plastic surgeon.’

Is it getting hot in here?! A new clip has surfaced of Bernice Burgos playfully grinding on striking model Tyson Beckford! Check it out!

It’s time for round 2! Tyson Beckford and Chris Brown reportedly went after each other in a vicious feud over Karrueche Tran, but seemed to settle their alleged beef. Guess again! Tyson reportedly resurrected this bad blood by dissing Chris, saying he’s simply ‘not at his level.’
So much for squashing that beef. After a scary war of words, Tyson Beckford, 44, and Chris Brown, 26, supposedly put their alleged feud over Karrueche Tran, 27 to rest. Well, Tyson just reportedly decided to wake it up. He reportedly threw shade towards Chris, saying Breezy was below him and that he “Liquor” rapper is “not really all there.”